*Hustler is sold only in Japan.

RJC said, “Hustler has pioneered a new genre as a lighthearted mini SUV. It not only pays attention to driving performances, but also to colors including body colors. Furthermore, it realizes enough comfort for city driving. In a broad sense, it is a car that gives dreams to its users. It can be enjoyed with the family, alone, or with a partner. The deep insight and freshness of the car were highly valued.” 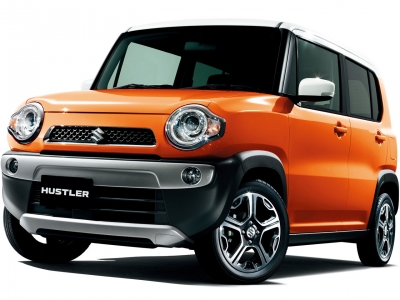 Ever since its launch in January 2014, the Hustler has been popular among a wide variety of customers including male and female customers in the 20’s. The accumulated registration unit by the end of October is 86,918 units.

The reason for its receipt is as follows:

“Brilliant evolution that the minicar has achieved up to this date, and the role it plays in the Japanese motorization were valued, regardless of individual brands and models.”

Overview of the 2015 RJC Car of the Year award

The 24th RJC Car of the Year award was selected from domestic models that were launched in the period from 1 November 2013 to 31 October 2014 by RJC members. A vote on 31 October narrowed the field to best six models, and a vote on 11 November determined the winner.