It is a huge success in the history of Magyar Suzuki Corporation that Suzuki Vitara also won the first prize and the audience prize of the Hungarian Car of the Year competition announced for the second time by the Motorist Great-Coalition and Járműipar.hu. 22 brands submitted their 48 nominations for the competition, and all the three domestic car manufacturers nominated cars for the award this year. Winners were announced in 7 categories, six awards were voted by a 5-member independent professional jury, and the seventh one by the audience.

In the Hungarian Car of the Year category, after last year’s winner SX4 S-CROSS, last year’s silver medalist Suzuki Vitara won the first prize in 2021. The flagship model of the Suzuki factory in Esztergom provides excellent opportunities for users in all ages. The results of public votes also reflected on it as out of 46 nominated models Suzuki Vitara became the winner of the Hungarian Car of the Year Audience Award as well.

In the Hungarian Car of the Year selection the professional jury selected the best ones in further 4 categories (Car of Hungary, Green Car of the Year, Supplier of the Year, Automotive Marketing/PR Specialist of the Year). In the SUV category of the Car of Hungary 2021 choice Suzuki Vitara took the noble second place.
Each year the jury decides on a marketing /PR specialist representing an importer and the brand in the competition, who has assisted the jury the best. Suzuki is proud of that this year the jury awarded the Automotive Marketing/PR Specialist of the Year 2021 award with unanimous vote to János Hársfalvi, Marketing Manager of Magyar Suzuki Corporation. 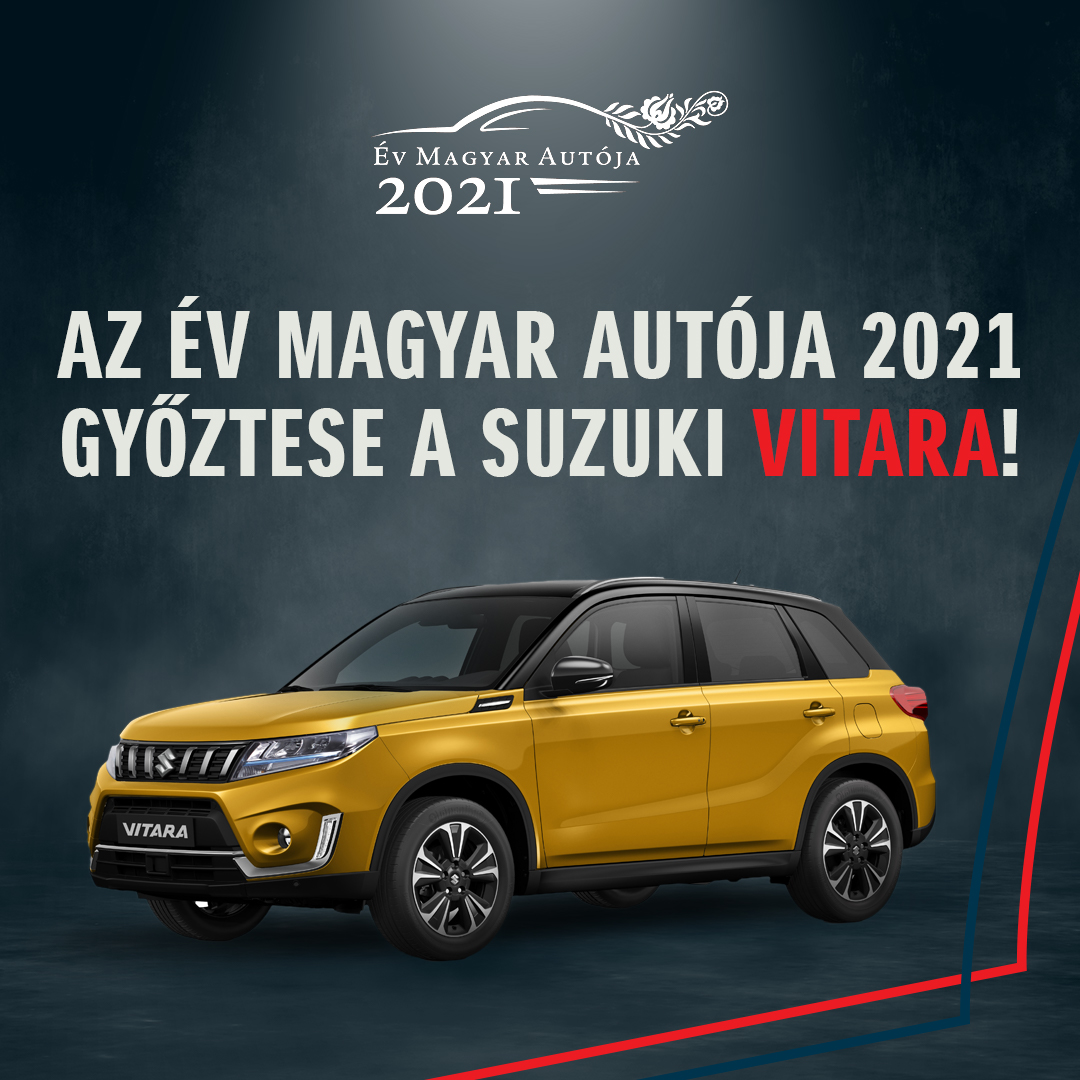