Retired superbike legend Árpád Harmati’s motorbike dealership will, from now on, include Suzuki bikes in its model range. Located near the M1 motorway, the dealership held an opening party to celebrate this. Suzuki Harmati organized a test drive before the event: bike enthusiasts had the chance to take a 15-minute test drive on Suzuki’s most popular models, the GSX-S1000 touring bike, the DL650X V-Strom adventure motorcycle and the well-liked GSR750, as well as the 200cc Burgman and 110cc Address scooters. The brass ensemble In Medias Brass was invited to play at the event. Besides traditional instruments, Rezső Ott’s piece, composed for the event, included a deep sounding Inazuma bike too.

Of Suzuki’s 2015 models, the dealership sells the GSX-S1000, GSX-S1000F, 1250S Bandit, 650XT Bandit, 250F Inazuma, and the Address scooter. “Our business philosophy is to always find the bike that best fits our customers’ skills, needs and lifestyle,” Mr Harmati said at the opening. “Suzuki’s ever renewing, wide model range matches this philosophy perfectly,” he declared.

“The Hungarian motorcycle market grew by 12 % year-on-year in the first half of 2015,” Róbert Krisztián, Magyar Suzuki’s Executive General Manager responsible for sales  pointed out at the event. “Suzuki sold as many as 256 bikes in Hungary between January 1 and the end of August this year, which is a major improvement on 2014, when 186 Suzuki bikes were sold in the entire year. This year’s promising figures have led us to expect further growth in sales, with Suzuki offering favorable credit plans to support the purchases,” Krisztián pointed out, before presenting to the dealership’s head the porcelain cat waving its left paw, the lucky charm figurine that is there in all Suzuki dealerships to bring good luck to customers and a wealth of money to the dealers.

Suzuki Harmati is the 14th dealership in Hungary to sell Suzuki motorbikes. This opening marked the end of a five-year interval in Suzuki’s opening new bike dealerships in Hungary. 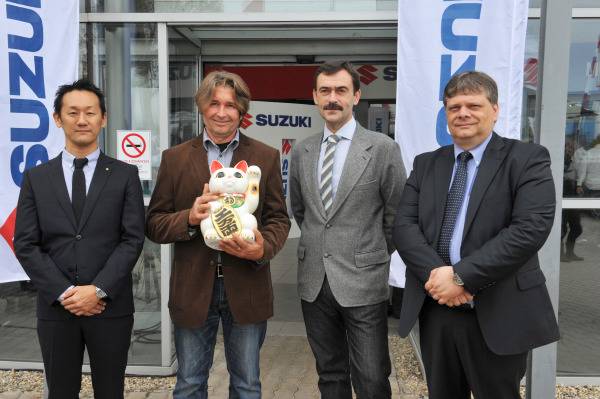 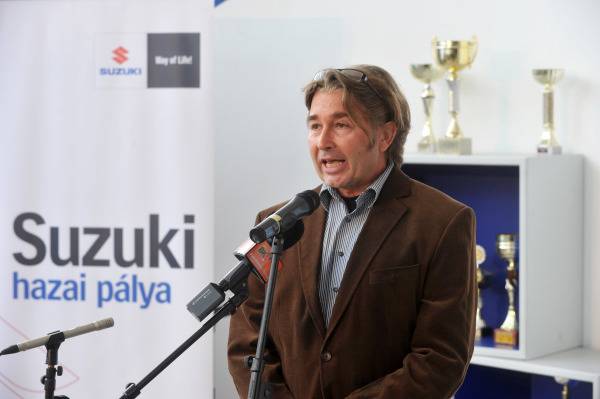 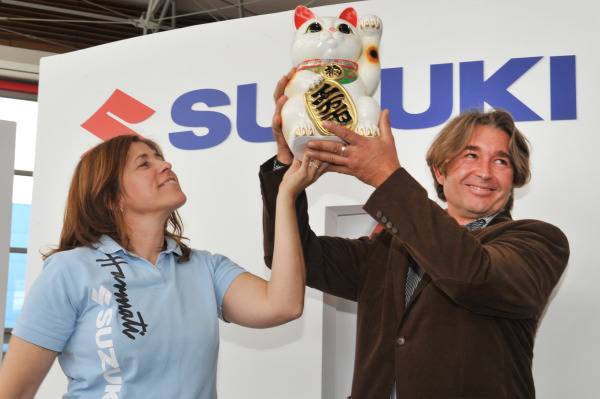 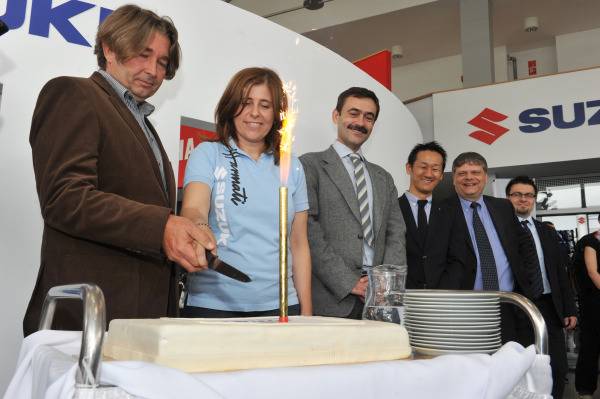 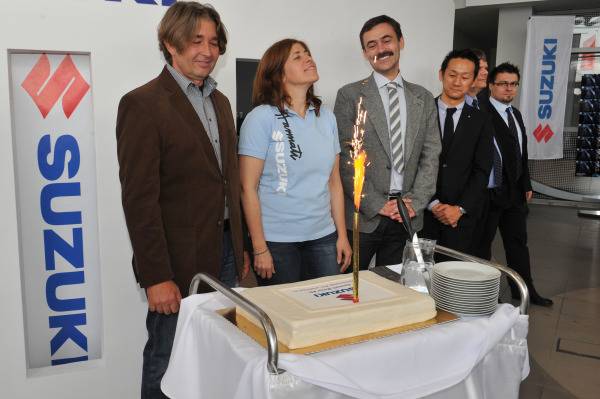 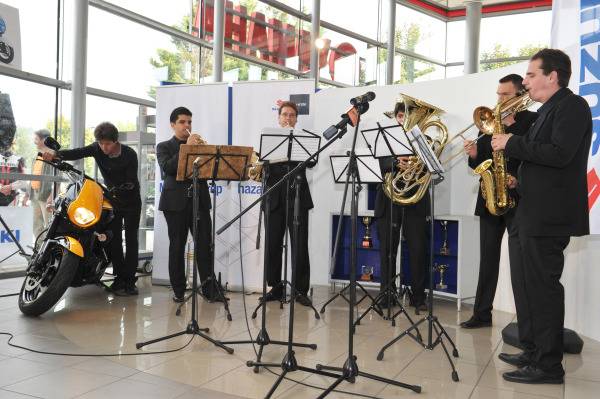 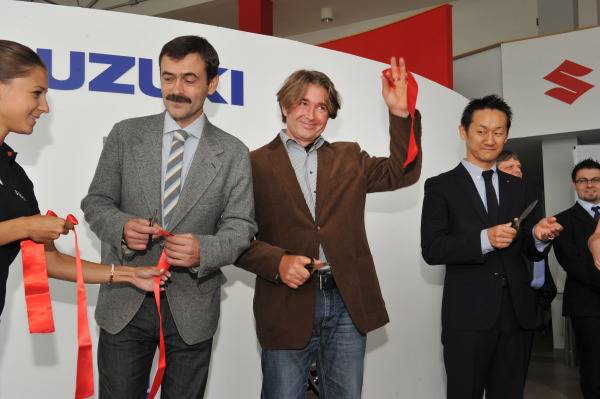 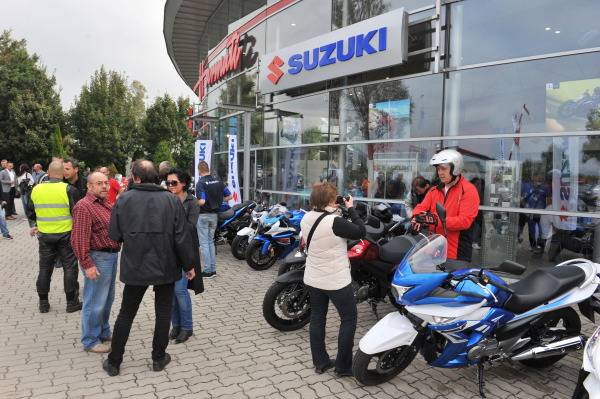