From now on, Sándor Service, operating since 35 years in Kisújszállás in Jász-Nagykun-Szolnok County, will be a Suzuki dealership and service as well. During the opening weekend of Suzuki Sándor, anyone could try the brand’s complete Hungarian line-up including the Baleno, the newest promising model of Suzuki.

After two motorcycle dealerships, Suzuki Sándor is the second car dealership to open this year as part of Suzuki’s ever-broadening trading network. “I am sure that in the second half of the year too, there will be room for further growth, as next to the Vitara, the S-CROSS, the Swift and the Celerio, the newest model, the Baleno has arrived, too. And it is no secret that this year, a homemade model will hit the market as well: the facelift version of the S-CROSS.” – said executive general manager of Magyar Suzuki Corporation Róbert Krisztián, during the formal opening of the dealership on Friday.

Deputy mayor of Kisújszállás Zoltán Tatár also participated in the event. He said he believes that this profile-broadening is a significant step in the town’s life. “On the one hand, the opportunity to purchase Suzuki cars came closer to the driving society of Kisújszállás, on the other hand, this enterprise provides an example of successful operation and revival capacity,” – he said.

“Today, an old dream of us came true by introducing Suzuki, a new world brand into our town and lives. Suzuki is a success story in Hungary with many satisfied customers. We want to become a part of this, to pass on the adventure to our clients,” – said Ferenc Sándor, the owner of Sándor Service operating since 1980, who is now also the owner of the new Suzuki dealership.

Following the tradition of opening new dealerships, after cutting the ribbon, the management of Magyar Suzuki Corporation handed over a customer-inviting, money inducing waving porcelain cat to Suzuki Sándor as a sign of their best wishes.

After the dealership opening on Friday, the open weekend of Suzuki Sándor started full-time. Those interested could try test cars of the dealership like the Vitara, the SX4 S-CROSS or the new Baleno manufactured in India. 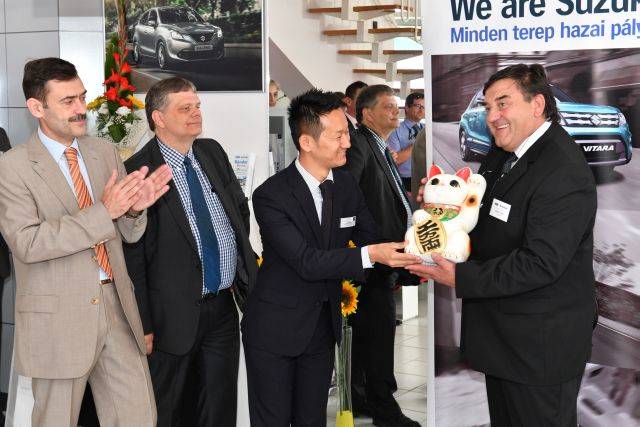 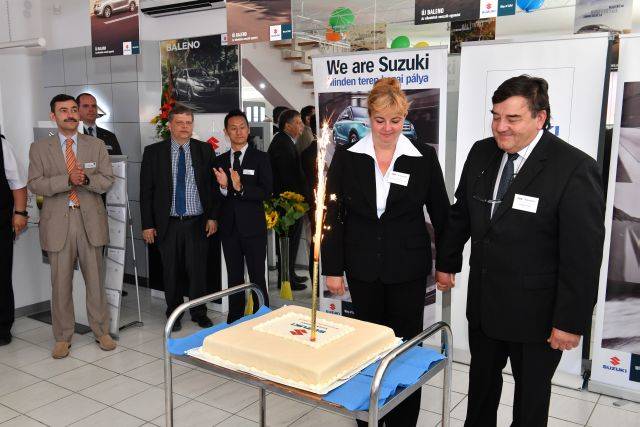 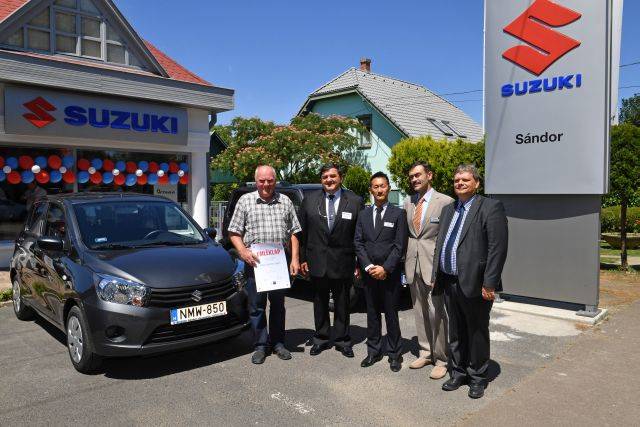