Like every year before, this year’s field of the Puskás-Suzuki Cup consists of four foreign and two Hungarian teams: Greece’s Panathinaikos FC; Real Madrid CF from Spain; Academia de Fotbal Gheorghe Hagi from Romania; Hungary’s Budapest Honvéd FC and Ferenc Puskás Football Academy; and this years debutants, the young players of Holland’s Feyenoord Rotterdam will compete for the Cup.

The importance of the U17 tournaments is amply demonstrated by the fact that players who later became key figures in their countries and even internationally, have played in the Puskás-Suzuki Cup. Such footballers include Álvaro Morata Martín, Daniel Carvajal, Enzo Zidane, Ádám Gyurcsó, Mátyás Tajti, Roland Sallai or Bálint Vécsei.

The draw of this year’s Cup and a related press conference were held on 26th March at the dormitory of the Puskás Academy in Felcsút. The six teams were divided into two groups: in Group A Puskás Academy will compete with Feyenoord and Real Madrid towards the Cup, while in Group B Honvéd, Academia Hagi and Panathinaikos will battle to make the final.

Dutch football legend Roy Makaay, winner of the European Golden Shoe, top scorer in Spain, winner of the Spanish and German Cup, the Spanish SuperCup, the German League Cup and the Dutch national Cup was invited to make the draw. In 526 official club matches, Makaay scored 256 goals, played 43 times in the Dutch national team, and he scored the fastest goal ever in the Champions League, when, playing for the team of Bayer München, he scored just 10.2 seconds into the match against real Madrid among the best 16 in the 2006/2007 season.

As the first event in the Cup’s official program, on 2nd April the participants will pay respect at Ferenc Puskás’s tomb in Budapest’s Saint Stephen Basilica, like they do every year. After the wreath-laying ceremony, the six teams will return to Felcsút for the official opening of the Cup. Group matches will start the following day.

The tournament will be held in the full area of the Puskás Academy, and the Pancho Arena, inaugurated last Easter. Group matches will be held from Good Friday to Easter Sunday, starting at 11am and 1:30pm each day. The matches will be brought to the public live on puskassuzukicup.net. The final will be broadcast live by DunaWorld Channel of the public service television from 4:30pm on Easter Monday.

Suzuki has been the eponymous sponsor of the event since its first edition. Supporting the Puskás-Suzuki Cup is fully in line with Magyar Suzuki’s corporate philosophy: promoting the love of well-planned systematic work, responsibility, dynamism in life and a healthy lifestyle; presenting role models for the young generation.

The patrons of the Puskás-Suzuki Cup 2015 are Mrs. Ferenc Puskás and Hungary’s State Secretary responsible for sport Mr. István Simicskó. The event’s media partner is the Media Services and Support Trust Fund (MTVA).

Entry to the Cup events is free of charge. For permanently updated information about the events and results visit the event’s official webpage: www.puskassuzukicup.net. 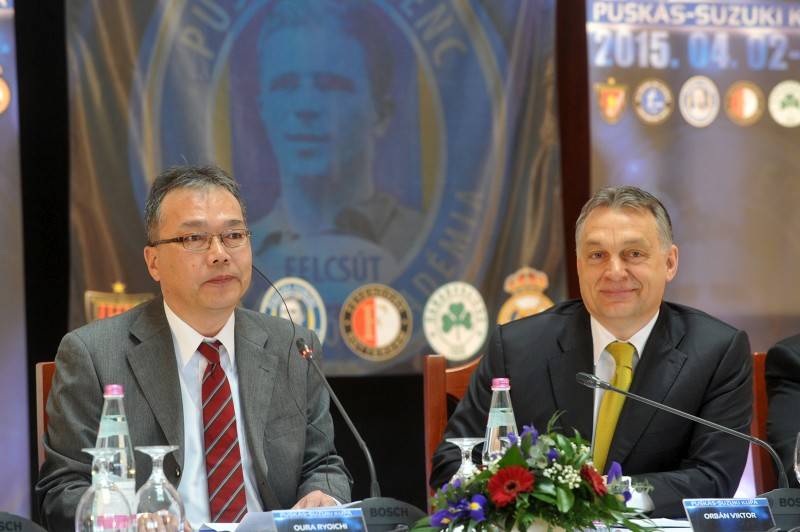 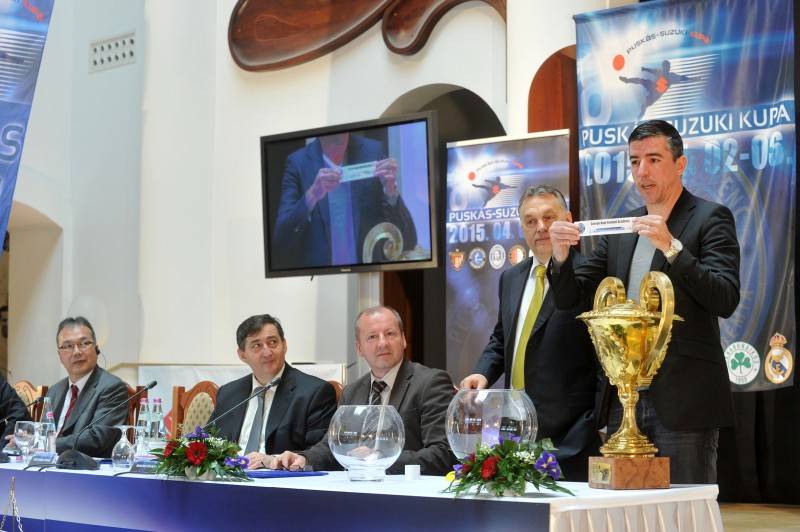