With Magyar Suzuki Corporation’s sponsorship, the Puskás Academy will hold the 7th PUSKÁS–SUZUKI-CUP U17 football tournament in Felcsút. Magyar Suzuki has sponsored the annual competition since its first edition in 2008. 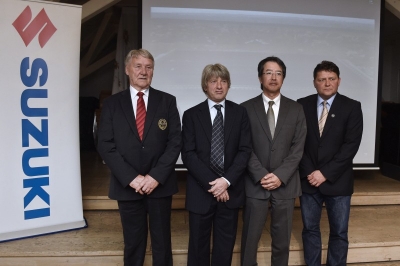 Besides the participants that have been present annually from the very start as the teams with the closest ties to Ferenc Puskás (Real, Pana, Honvéd, Puskás Akadémia), second-time participant Melbourne Football Institute, representing the city of Melbourne, based on Northcote City, with state all-star team members in its line-up, and Croatian star club Dinamo Zagreb, one of the world’s leading trainers of young football talent, will participate this year. The director of the Croatian academy is Marijan Vlak, also well-known to Hungarian football fans as the former head coach of Ferencváros, Videoton and Vasas.

As regards the Australian team, from 1989 to 1991, Ferenc Puskás was the coach of the local club of South Melbourne. Puskás enjoyed a great popularity in Australia, where his name is remembered and honored to this day. During Puskás’s time as a coach of South Melbourne, the number of viewers rose significantly, and the team won the championship as well as cups during his time. The Australian participant of PUSKÁS–SUZUKI CUP was established by Robert Bélteky, a former footballer of Hungarian descent and one of the owners of Astralia’s A-League team Melbourne Victory. The Melbourne Football Institute can be considered as the city’s all-star team, and was coached for the PUSKÁS-SUZUKI CUP by former 43-time Danish national team member and Manchester United forward Jesper Olsen, assisted by Stuart Munro, former player of four-time Scottish champion Glasgow Rangers. 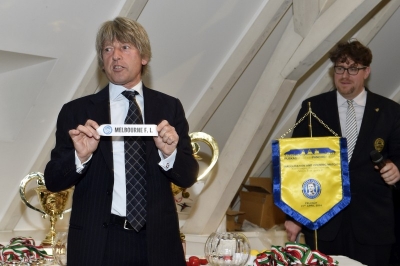 The group matches will be held on the pitches of Felcsút’s Puskás Academy from Good Friday to Easter Sunday. The third and fifth-place play-offs will also be staged here and will be broadcast live by Sport 2 on Easter Monday.

The final will most probably become a lifetime memory for its participants, as it will also be the official inaugural event of the Puskás Academy’s new stadium, the Pancho Arena on 21 April, Easter Monday. The opening ceremony starts at 18:00, the PUSKÁS-SUZUKI CUP Final at 19:00, to be followed by the award ceremony. The entire program will be broadcast by Sport 1 and Duna World TV channels. Furthermore, like in previous years, this year again, all the games will be streamed live on the homepage of the Puskás Academy as well as the CUP’s official website (pfla.hu, puskassuzukicup.net). The most important information about the CUP will also be available in English on the official website.

You can follow the events of the PUSKÁS–SUZUKI CUP 2014 on Ferenc Puskás Football Academy’s official Facebook page, too. The Academy’s webside, pfla.hu, will launch its new design at 19:00 on Easter Monday, at the time of the kick-off of the Puskás-Suzuki CUP’s final, the game to inaugurate the Pancho Arena. 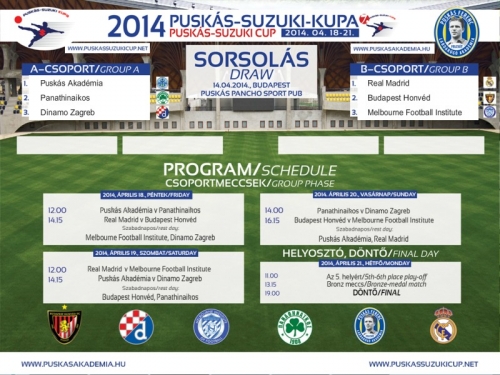 15-year-old Mátyás Tajti, whom Real Madrid is considering to sign, is also expected to play in the U17 team of the Puskás Academy. The Royal club’s representative will be watching him closely during the tournament.

The celebratory opening dinner will be held on ‘day zero’ at the Puskás Pub in Óbuda. Some of the teams will also visit Budapest’s Saint Stephen Basilica to pay respect at Ferenc Puskás’s tomb, and the teams will also wreathe the Puskás statue in Óbuda, inaugurated last year in the presence of the participants of the 2013 games. This year’s official memorial ceremony, however, will be held before the Pancho Arena’s inauguration game in Felcsút, where Puskás’s full-figure statue, the work of sculptor Béla Domonkos, will be unveiled in front of the central dormitory of the Academy.

Entry to the matches of the PUSKÁS–SUZUKI CUP 2014 is free of charge (tickets to the final are sold out!). For permanently updated information about the events visit www.puskassuzukicup.net and www.puskasakademia.hu, where television broadcast of the games will be streamed live for those who cannot attend the matches in the stadiums. 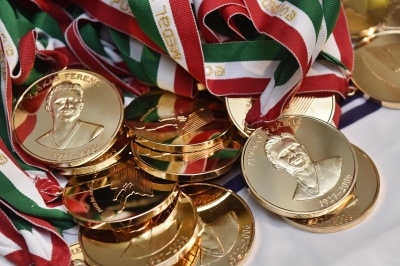 Previous winners of the tournament