On Two Wheels, Supported by Suzuki

By the Slovakian-Hungarian border, in the cities of Sturovo and Esztergom a new form of community transport was established, which even better contributes to connecting the two border cities and to improve the quality of mutual social connections. The “Mária Valéria Bike” open bike rental system was created by the local governments of Esztergom and Sturovo, within the framework of the Interreg V-A Slovakia-Hungary Cooperation Program. The residents of Sturovo and Esztergom, and the arriving tourists, of course, can rent and use the bikes in the city from 1st February. The local governments of Esztergom and Sturovo would like to encourage its residents and tourists to use environmentally friendly solutions for their travels in the two cities.

Within the framework of the project, 14 collecting stations were established in Sturovo and Esztergom, to store the bicycles; six in Sturovo and eight in Esztergom. 60 traditional and 45 electric bikes can be found in the open bicycle rental system. Parallelly to the new investment, the existing EBI system in Esztergom has also been renewed, and it is now compatible with the new system.

The common system allows the residents of the two countries and the tourists to take the bike out from any docking station and put it back to any other station. The stations were installed near frequented places in both cities. More information about the conditions of bicycle use and rental from the Mária Valéria Bike rental system can be reached at the official site of the system: www.mvbike.eu. Registration is required to use the system. Registration is possible on the previously mentioned website.

As a defining economic operator and an outstanding manufacturing company of the region, Magyar Suzuki Corporation is committed to support every initiative embettering the quality of life of residents living in Esztergom and its agglomeration. The manufacturer of the most popular Hungarian passenger cars has been cooperating with the city of Esztergom for almost thirty years. In this spirit, Magyar Suzuki Corporation welcomes any joint possibility for development, with special regard to programs concerning sustainability and health promotion. Mária Valéria Bike community bicycle rental system has a number of common values with Suzuki: the innovative initiative in Esztergom builds a bridge between countries, similarly to the Hungarian-Japanese cooperation, which has been arching over countries and cultures for decades.

“Many may not know that the motoric history of Suzuki started with the production of motor-driven bicycles at the beginning of the 50s, so the two-wheel drive is not as far from us as we would think. Hence, we gladly support this mode of transportation ever since. Our goal is to support every initiative, which is for the benefit of the local communities. Mária Valéria Bike is definitely such an initiative” – Deputy Managing Director, Dr. László Urbán said, regarding the handover of the bicycle rental system. “We, at Suzuki, pay great attention to developing innovative solutions, since the basis of our company’s operation is the realization of an innovative frame of mind, on an everyday basis. As a responsible manufacturer, we are committed to transport safety, so besides promoting the environmentally friendly transport culture, we wholeheartedly make a stand for the development of a safe cycling” – Dr. László Urbán explained.

After the successful public procurement, the implementation was realized by T-Systems Magyarország Zrt., together with its subcontractor, Neuzer Kft. 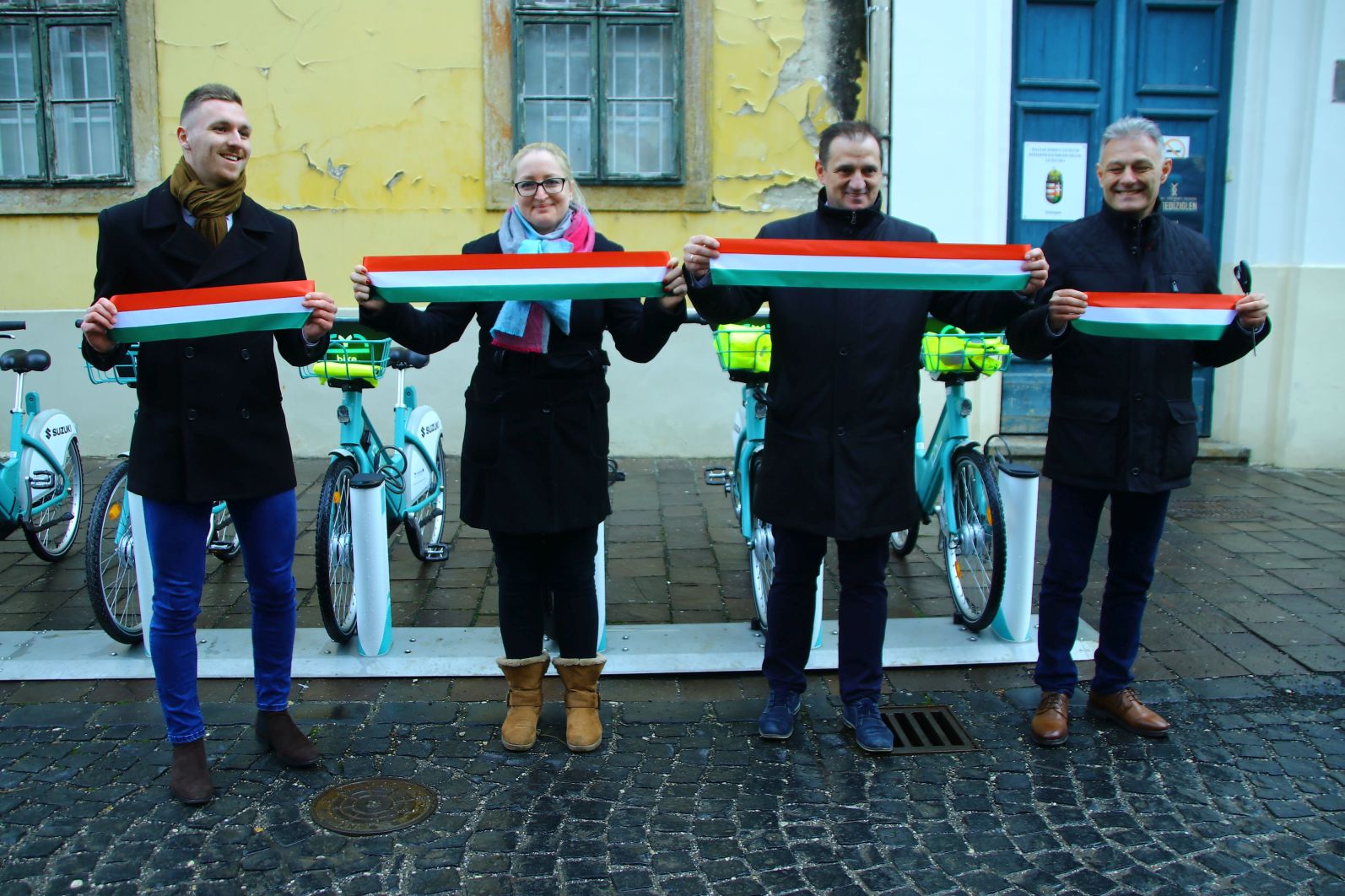 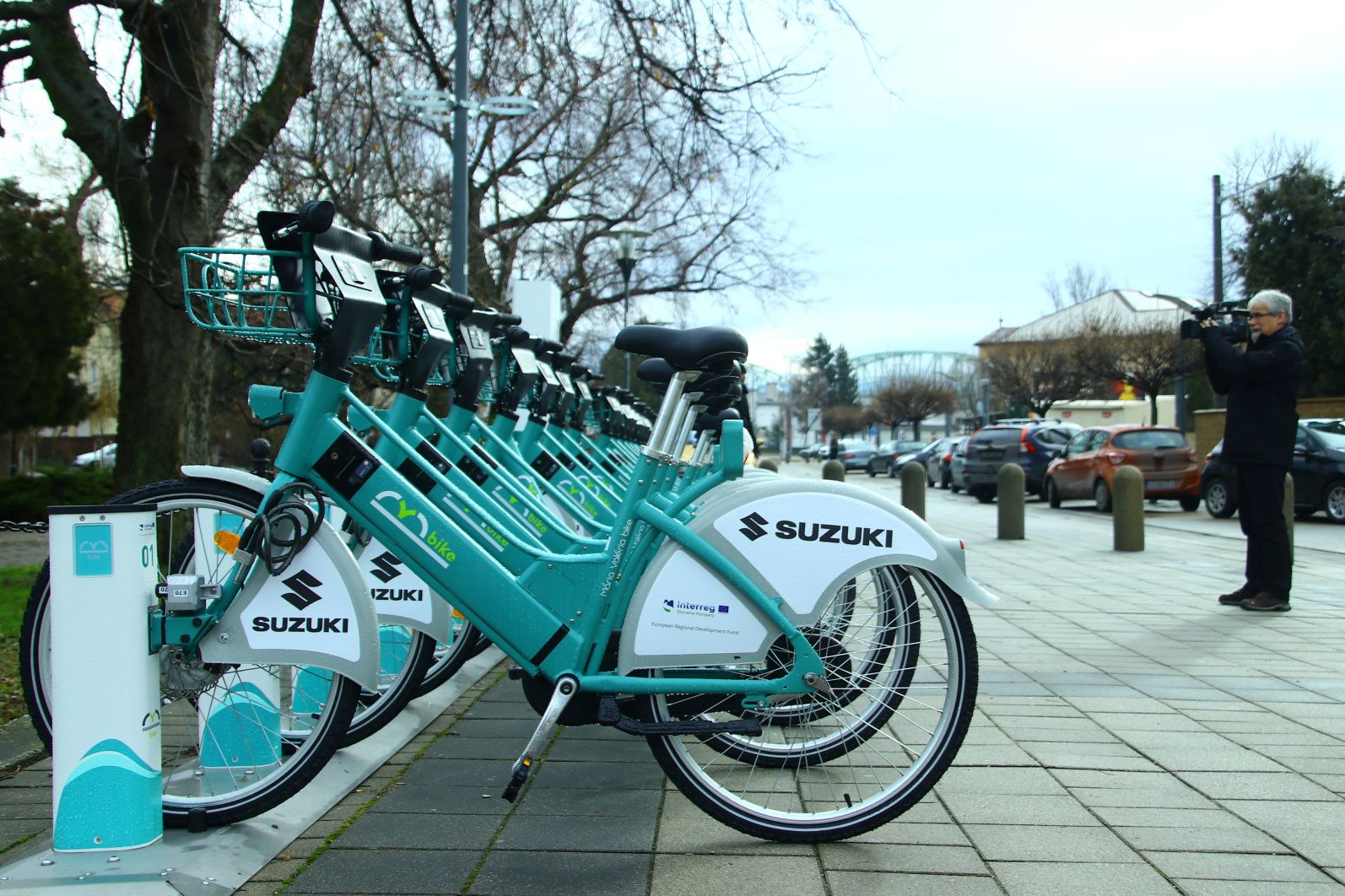