Hisashi Takeuchi joined the Hungarian management of Magyar Suzuki Corporation in October 2007 as a member of the Hungarian Board of MSC and Deputy CEO, and later he was in charge as first officer of the Company. He successfully lead the Hungarian subsidiary in a difficult period following the economic crisis. He managed to maintain the fiscal stability of the company and its smooth operation during his management. Promoted to his new position at the parent company, Mr. Takeuchi will lead Suzuki’s global product planning as a General Manager, given his wide scope of expertise gained in Australia, Japan, and Hungary.

Ryoichi Oura had already played a key role in Magyar Suzuki’s production before. In his new role, Mr. Oura has a double position as Production Head and Chief Executive Officer of Magyar Suzuki Corporation. 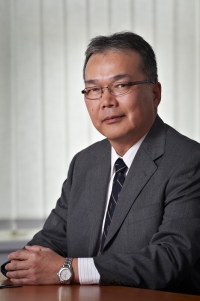 Ryoichi Oura was born in 1960. He took his degree in Chemical Engineering at the Department of Engineering of Yokohama National University. He started his career in 1984 joining Suzuki Motor Corporation in charge of the paint shop’s production planning at SMC’s headquarters. In 1990, he participated for a year in the establishment of a new paint shop in Korea. Having spent a decade at the SMC headquarters, he was put in charge of another plant’s construction and operation in the Atlanta, Georgia, USA. He was stationed in the USA for 4 years, then he returned to SMC’s Kosai plant, and assumed the position in charge for the paint shop. In 2011 he was transferred to the Suzuki plant in Esztergom, as head of the Production Department."

Mr. Oura is married with a child. In his spare time he enjoys golfing.