Within the framework of the partnership between the police and Magyar Suzuki Corporation looking back on a history of many years, a new Suzuki Vitara has been added to the Esztergom law enforcement’s fleet. The brand new SUV provided by MSC went on a test drive immediately after the local police received it.

Starting today, a reliable and spacious car with excellent off-road capabilities will help the local police enforce the law in and around Esztergom, as Magyar Suzuki Corporation has provided the city’s police force with a brand new Suzuki Vitara for use. “The partnership of Magyar Suzuki and the local police looks back on a long tradition now,” said MSC’s Executive General Manager Róbert Krisztián at the ceremony. “We are convinced that the vehicles we have provided for the civil guards and the police have contributed to the fact that the crime statistics of Esztergom and its region are better than the national average,” he declared.

County police’s Chief Superintendent Gábor Farkas said that with its excellent roadability, the new Vitara fits perfectly into the police’s vehicle fleet. Its outstanding fuel-efficiency makes the new model highly cost-effective to use, and thanks its unique platform technology and reduced engine weight, the Vitara is fast, durable and safe.

Besides supporting the police, Suzuki contributes to Esztergom’s development in other ways as well. As one of the organizations supported by MSC, the local hospital received an S-CROSS in the fall of 2014, and to help local drivers prepare for the winter that year, the company organized road safety days in the city. Last spring, Esztergom’s civil guards received another Vitara, which has been in use ever since, much to local people’s content. 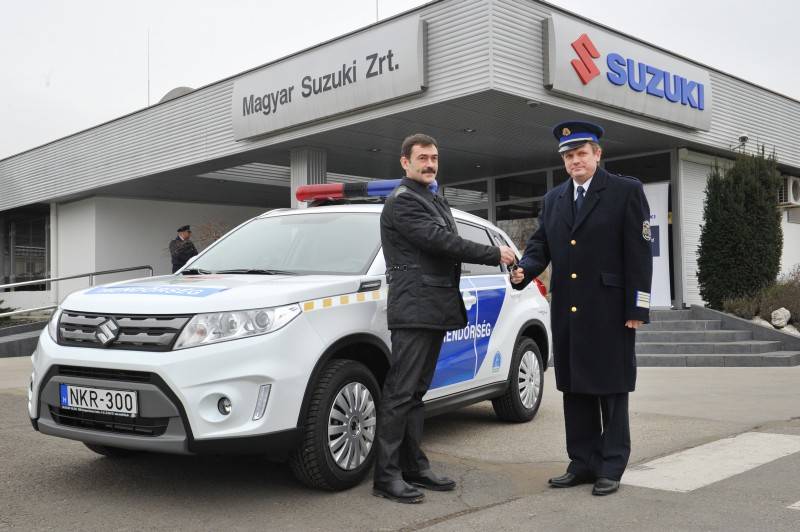 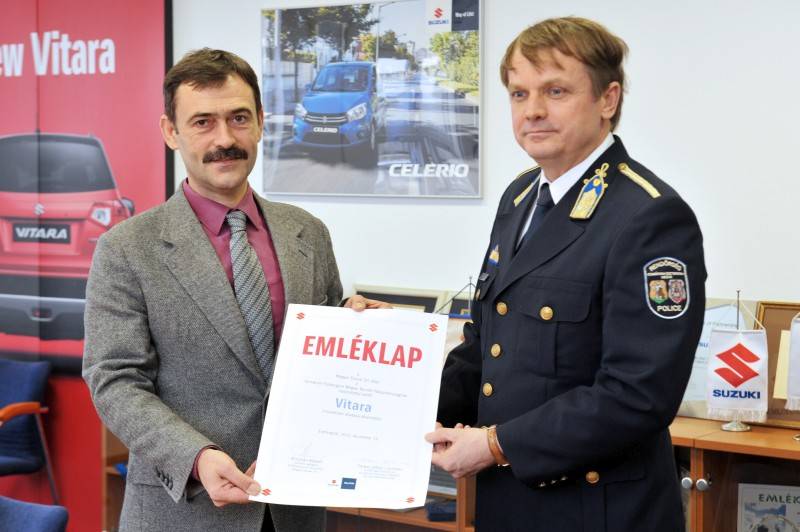