Sports are the ideal medium to address people directly. For 20 years now, Magyar Suzuki has been creating jobs in Hungary, and has been sponsoring sports as well. Our aim is the same in every case: to reach people, bring to them the message of sports, encourage the young generation to continue to live more healthily as adults, and to make sports and recreation part of their everyday life. It is great pleasure for us to see how our aims are achieved.

With children for children

Within the framework of his health education program titled “With children for children” Hungarian athlete György Schirilla visited Esztergom’s Angyalkert kindergarten on the 5th of September, 2014.

In his mission to raise children’s awareness of the importance of sports and to make them like recreational activities already in the kindergarten, the athlete brought his charity program to kindergartens across Budapest in the spring of 2014. Inspired by the positive feedback, he continued his charity visits program in September, with Magyar Suzuki Corporation providing a car in support.

The first visit in the fall was to Esztergom’s Angyalkert kindergarten. After a short conversation and warming up, the adults and the children ran around the yard of the kindergarten. In recognition of their achievement in sports, all of the little participants received a memorial certificate. Mr. Schirilla then continued his tour to other kindergartens in Esztergom, Dorog and the Danube Bend.

Magyar Suzuki provides sponsorship for the seasons of the club that looks back on several decades of history. The female world champion came from this club for many years. The club’s kick-boxers won 7 gold, 5 silver and 4 bronze medals in the 2013 Hungarian Cadet and Junior Championship.

Established in 1993, the team currently has 31 members. Since 2007, players of the club have finished on the podium in county level competitions as well as in national tournaments. Since the fall of 2012, the club has played in the national 2nd division. Magyar Suzuki provides sponsorship for the club’s seasons.

Established in the early 20th century, the club grew steadily for many years before it split into two organizations. EHE 1907’s results in 2013: National Student Olympics: 1st to 4th places; World Championship qualification competition: 1st place; National Championship 2nd to 4th places. EEHE’s results: among the country’s 30 boat clubs, EEHE ranks 8th-10th in the number of its members, achievements and recognition. Its members participate in national and international competitions. In 2012, they won 17 gold, 15 silver and 15 bronze medals. Two of its members are in the junior national team. Magyar Suzuki Corporation sponsors competition series for both clubs.

The Juraj Jung Memorial Swimming Competition is held in Štúrovo at the end of every summer, with the participation of many Slovak and Hungarian clubs, even from faraway parts of the two countries.

In 2015 Magyar Suzuki Corporation sponsored, for the first time, the Eskimo-Indian Games organized by the Esztergom Kayak and Canoe Sports Club (EKKSE).

Established in 2008, the founders of EKKSE include Olympic champion Botond Storcz. EKKSE’s primary mission is to educate young generations of athletes, encourage the widest possible circle of young people to do sports, and to provide sports opportunities for as many people as possible in the Ister‐Granum region.

Boasting some 300 registered athletes, the club’s members participate in about 60 competitions a year. Many of them are on the Hungarian national teams, participating in European and world championships. Besides wrestling, the club has departments of kempo, sumo, grappling and kyokushinkai karate. In 2011 and 2013, the club’s wrestling department came first in the national competition of wrestling departments, beating such clubs as Budapest Csepel, FTC, and Budapest Vasas.

With support from Suzuki, in 2014 the club will organize the sixth futsal tournament with the participation of international teams. Since the spring of 2014, FC Esztergom has been training in a newly built sports center, with the teams preparing for their matches on a natural grass pitch and three pitches of various sizes with artificial grass. Suzuki contributed to the club’s annual budget.

Association for Students’ Sports in Esztergom

The first Mária Valéria Bridge Foot-Race between Esztergom and Štúrovo (Slovakia) was first held in 2001, the year when the bridge was reopened. Since then, the last Saturday of each September has been devoted to the promotion of running and of the ties between the sister cities. Besides a large number of students, the participants of the event include an ever growing number of parents, relatives and amateur runners as well. The Esztergom Half Marathon is held the day after the Mária Valéria Bridge Foot-Race. The outstanding recreational sports event, called Esztergom Runners’ Weekend, is held through the joint effort of two organizing teams, and attracts an increasing number of participants every year. In 2014, as many as 2,617 participants completed the race.

The Aikido Shinbukan Dojo was established by dojo master László Bak in the fall of 1998. In line with the spirit of Aikido, the club aims to reach the widest possible circle of people. With Esztergom as the centre with its aikido dojo built in 2003, several other dojos have been opened over the years. The network has developed close cooperation with dojos in Japan, Poland, Sweden, Bulgaria, Serbia and Lithuania. Magyar Suzuki sponsored a weekend event to celebrate the 15th anniversary of the club’s foundation.

Held every spring since its foundation, Magyar Suzuki Corporation and the Ferenc Puskás Football Academy in Felcsút jointly established the Puskás–Suzuki Cup U17 football tournament in 2008. For Magyar Suzuki, the initiative represents the health-preserving benefits of sports; standards worthy of Ferenc Puskás’s and Suzuki’s name; permanent renewal; and the appreciation of talent. Every year, clubs that played the most important roles in the legendary footballer’s life are invited to participate in the Puskás–Suzuki Cup.

Besides local sports clubs, Magyar Suzuki Corporation also sponsors the Central Volleyball Academy and the Alba Volán Sports Club. A Diamond Sponsor of the Hungarian Olympic Committee, Magyar Suzuki helped athletes, trainers and sports leaders by providing a permanently renewed car fleet in the period of their preparation for the London Olympic Games. 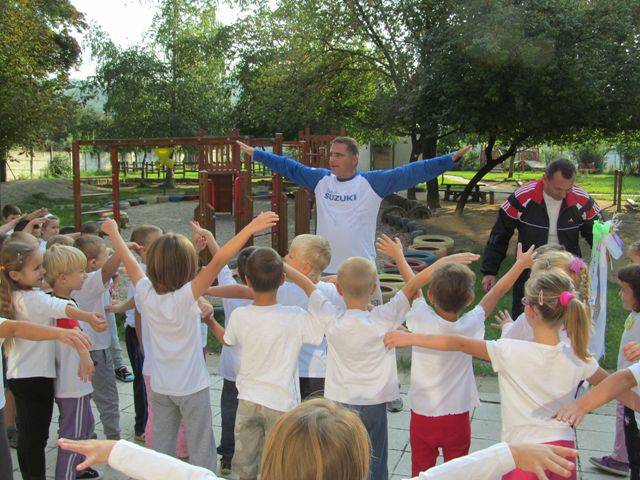 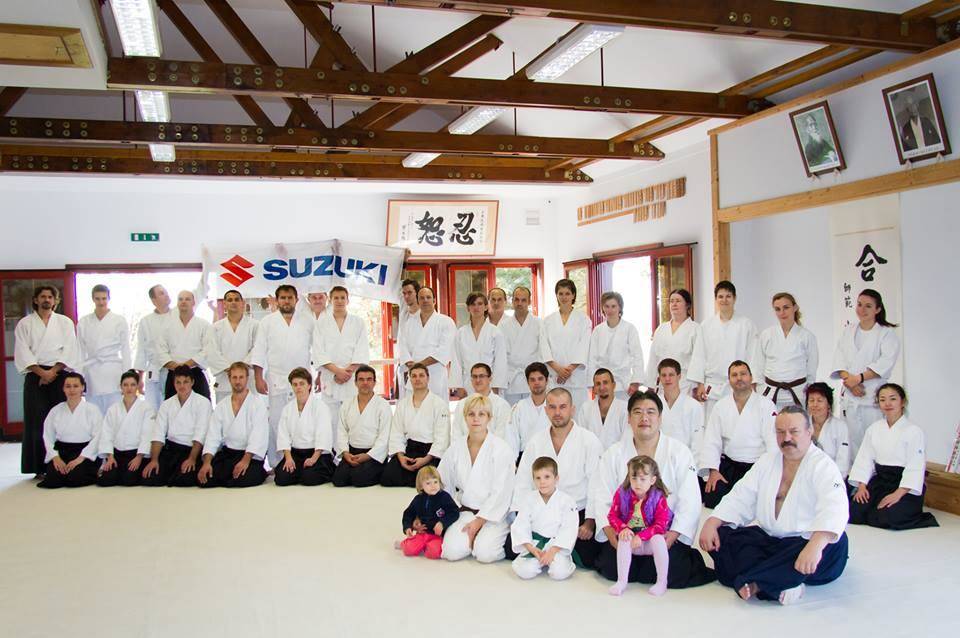 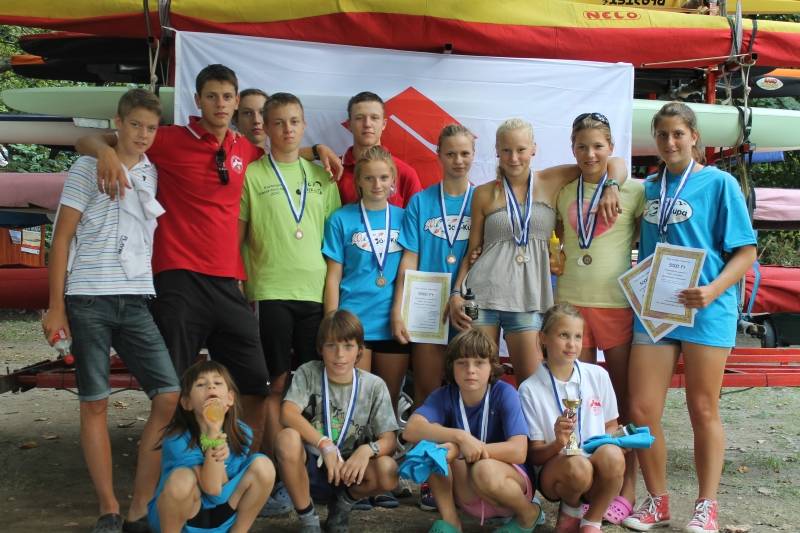 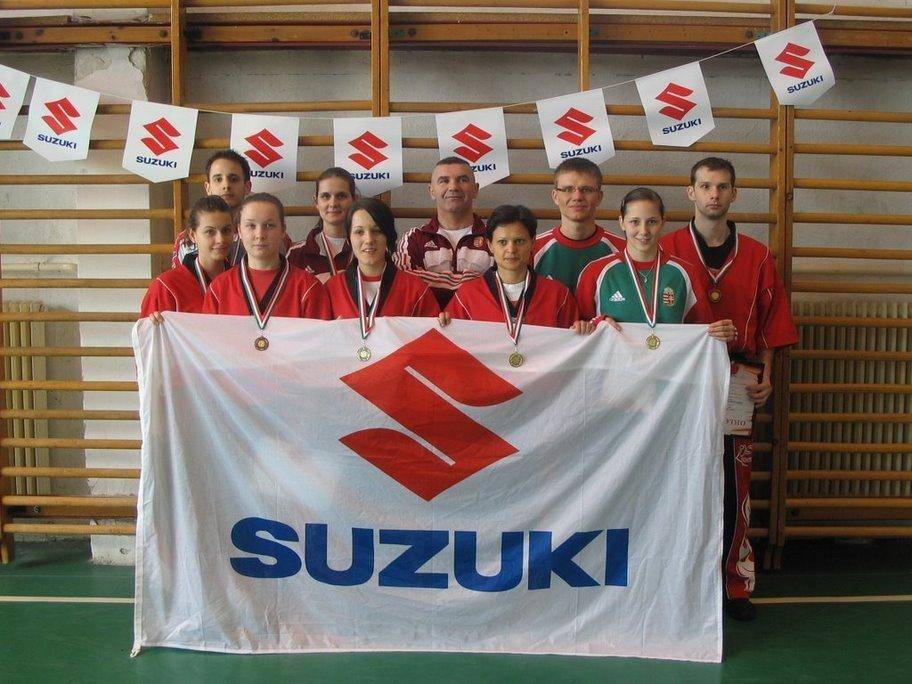 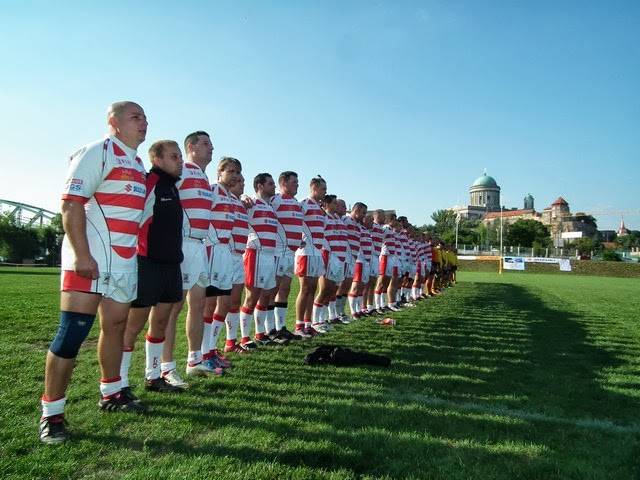 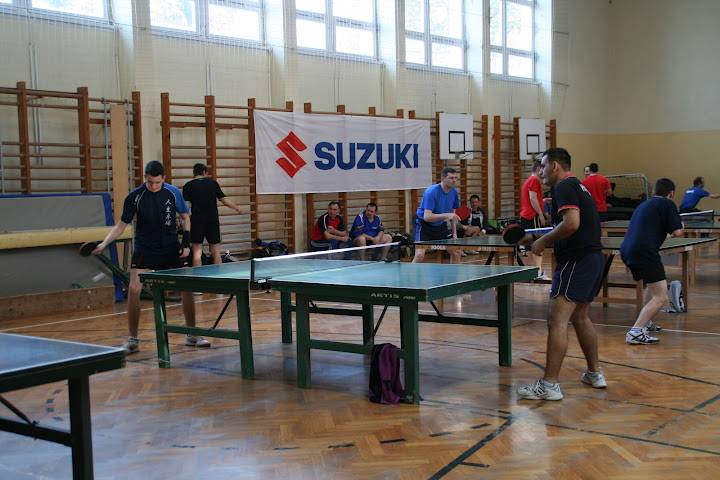 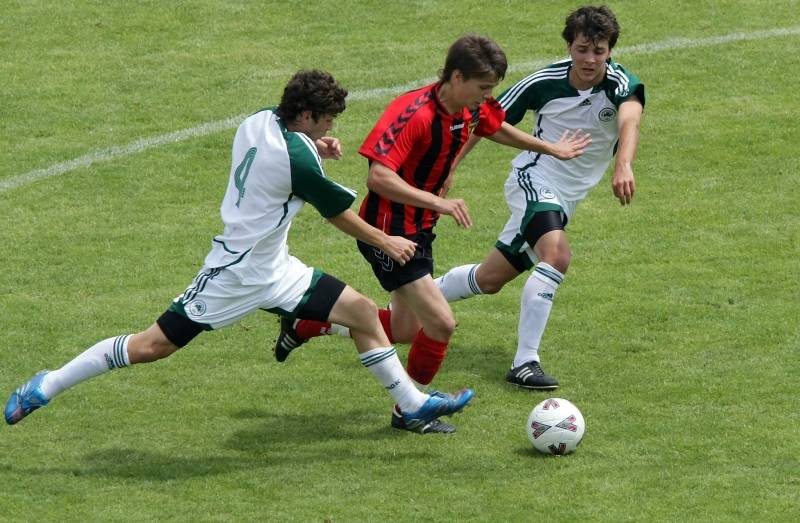 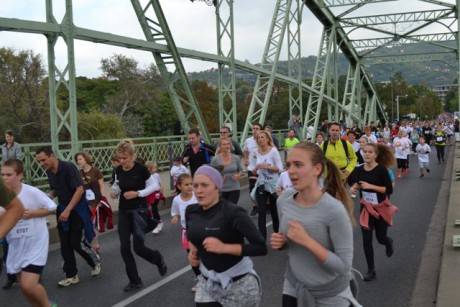 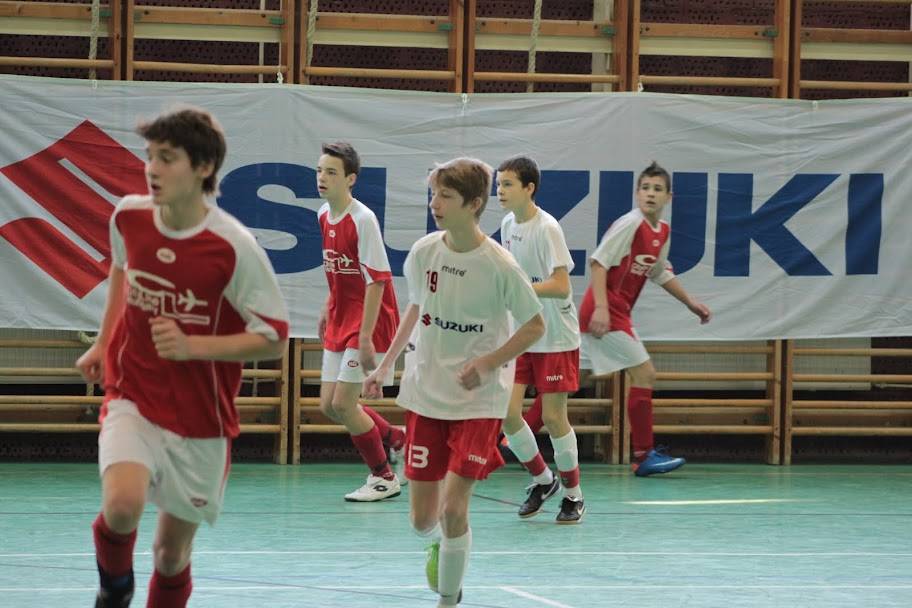 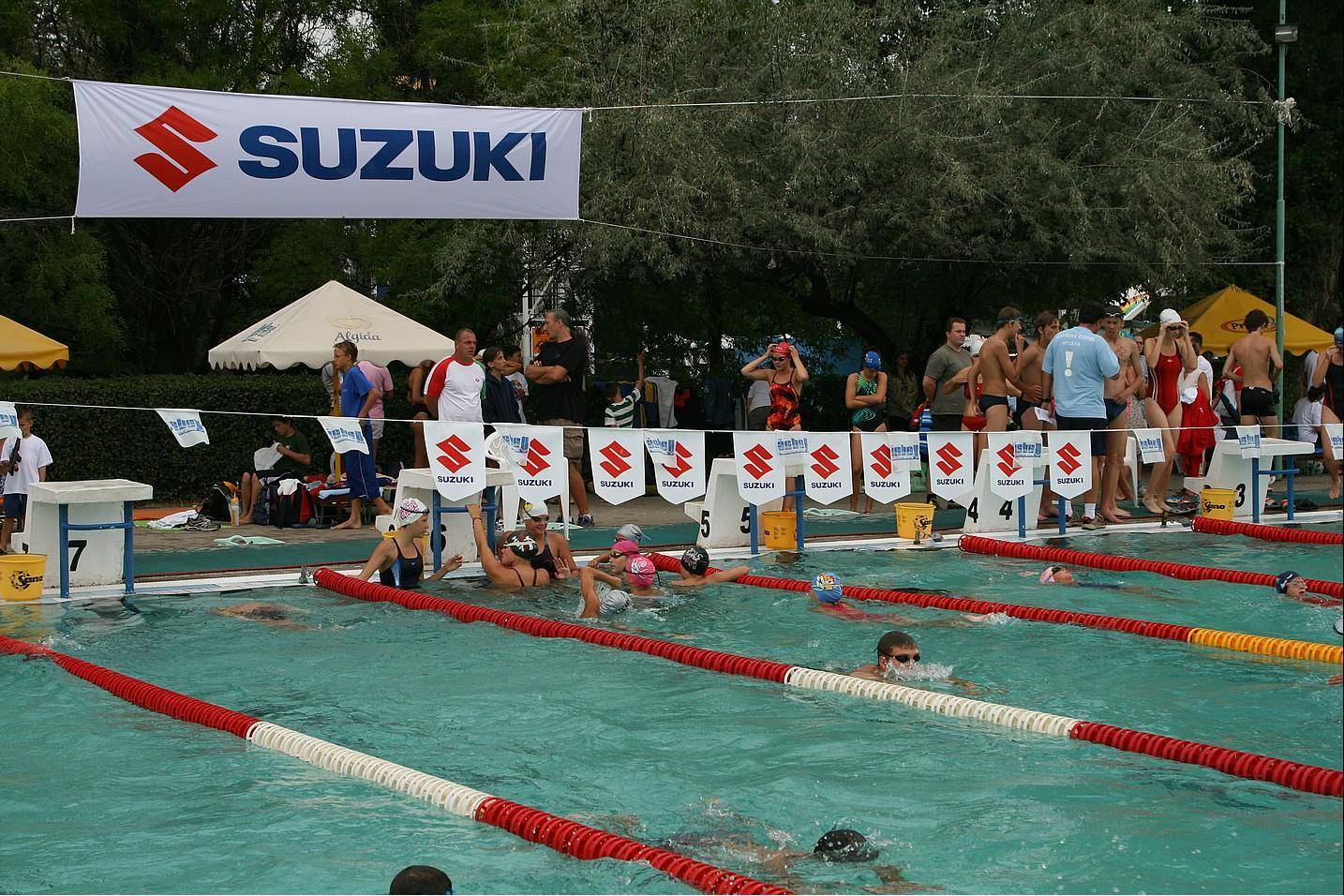