In the previous weekend, the Suzuki racers were the first in the series to cross the finish line. In America, the field of MotoGP and MotoAmerica SBK came to a start, while in Hungary, the Drag Picnic's daredevils raced each other.

The prediction of the legendary Suzuki racer, Kevin Schwantz, seems to be justified for the 2019 MotoGP season. In the first two races of this season, a fourth and a fifth place were won, but it was felt that the tempo of the race could fly Suzuki up to the podium.

The third MotoGP race was held in Austin, where the American Grand Prix has been held ever since 2013. In the qualification round Alex Rins took the seventh position, while his young teammate Joan Mir could start from the fourteenth. Rins got a good start and managed to reach the leading group after the first turn, upgrading two positions. 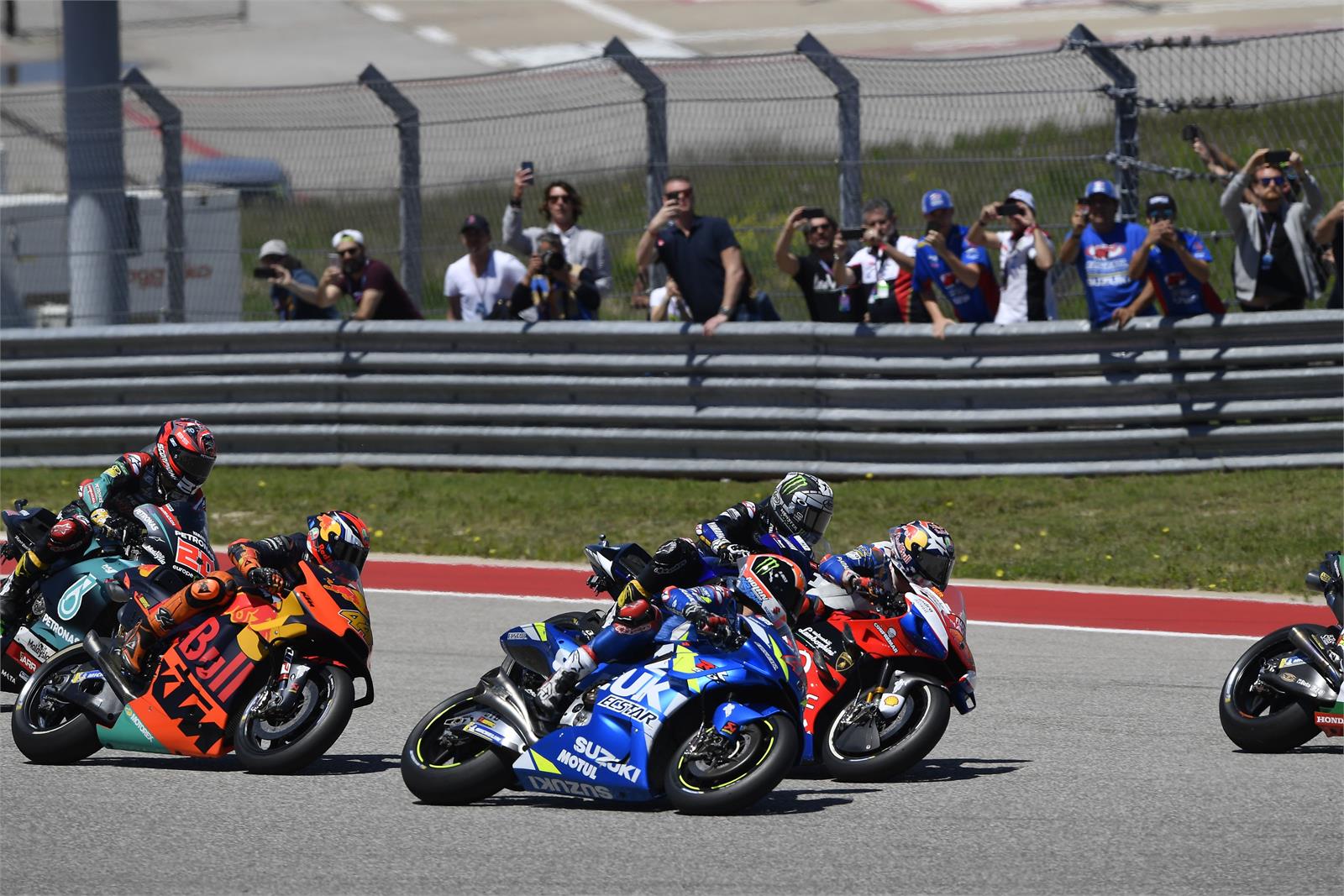 Cal Crutchlow made a mistake in the fifth round, so ins was the now the fourth, chasing the leading riders. With his confident riding, he forced Jack Miller behind him in the ninth round and continued his catching up with a podium place behind Valentino Rossi and Marc Marquez. 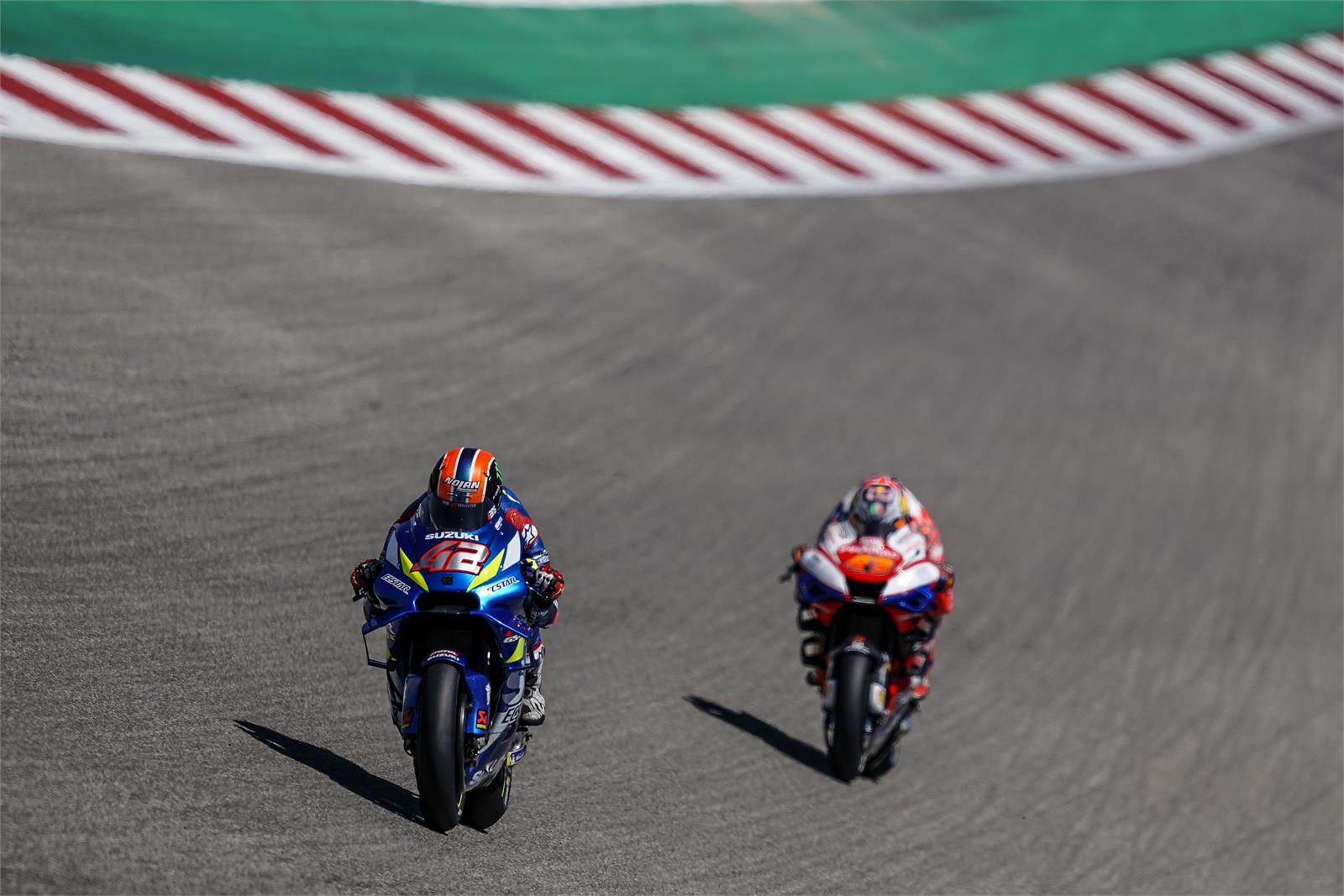 In the same round, some turns away, Marquez, riding in the first place, fell. Although, he tried to save the situation, he couldn’t return to the field. At this time, Rins was chasing the nine-time World Champion Rossi, to win the race. The young Spaniard and the veteran Italian, with their higher pace, steadily increased their advantage from Miller, making sure the race is decided between the two of them. Rins followed the doctor in the saddle of the GSX-RR like a shadow, and shortly before the end of the race in the sixteenth round at a point of the track where the Italian did not expect, he took the lead. 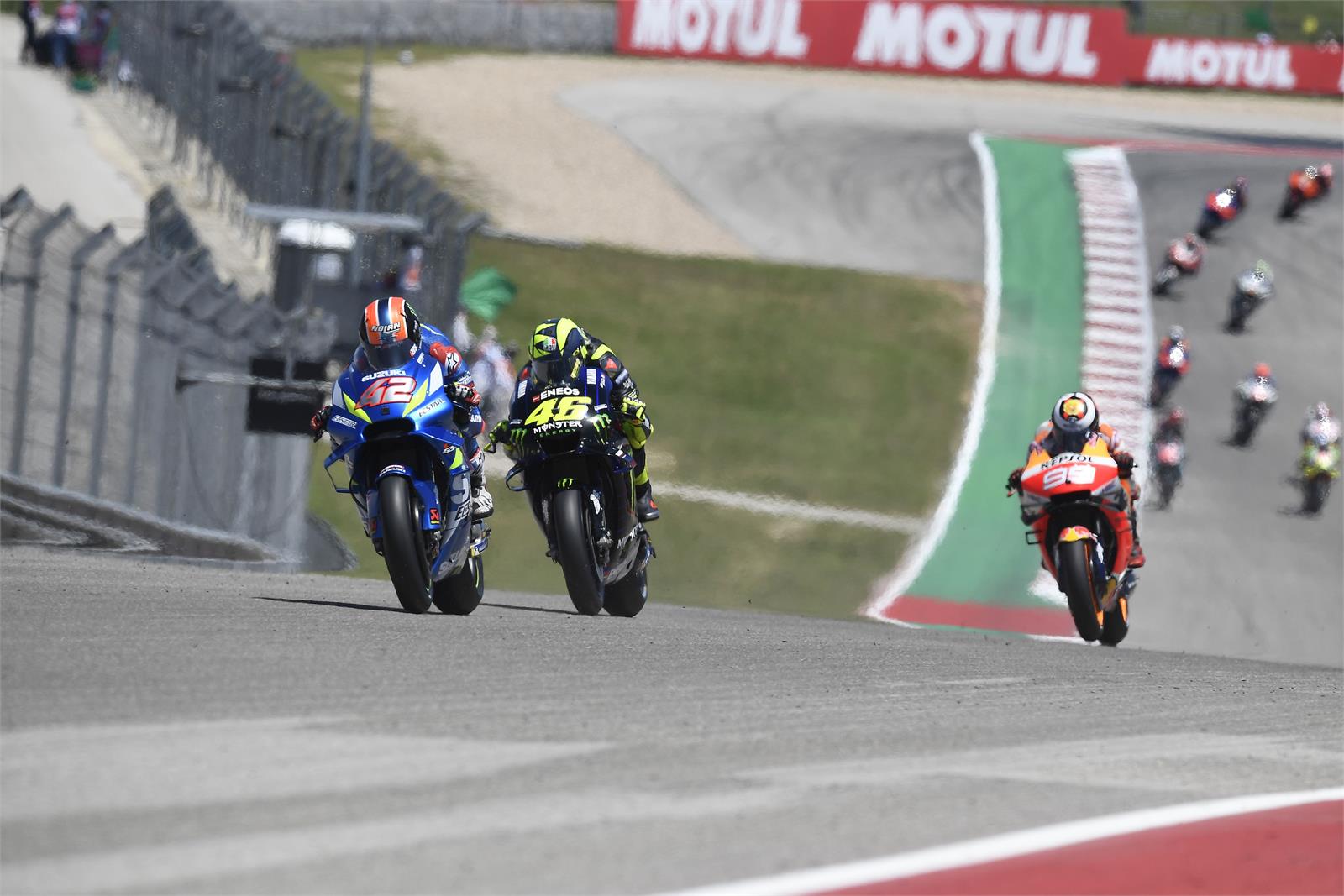 Rossi tried to fight back, but in one of the braking distances he miscalculated and could not turn tightly enough. Alex Rins got his first victory in the King category and after 2016, Team Suzuki ECSTAR’s team was once again at the top of the podium. 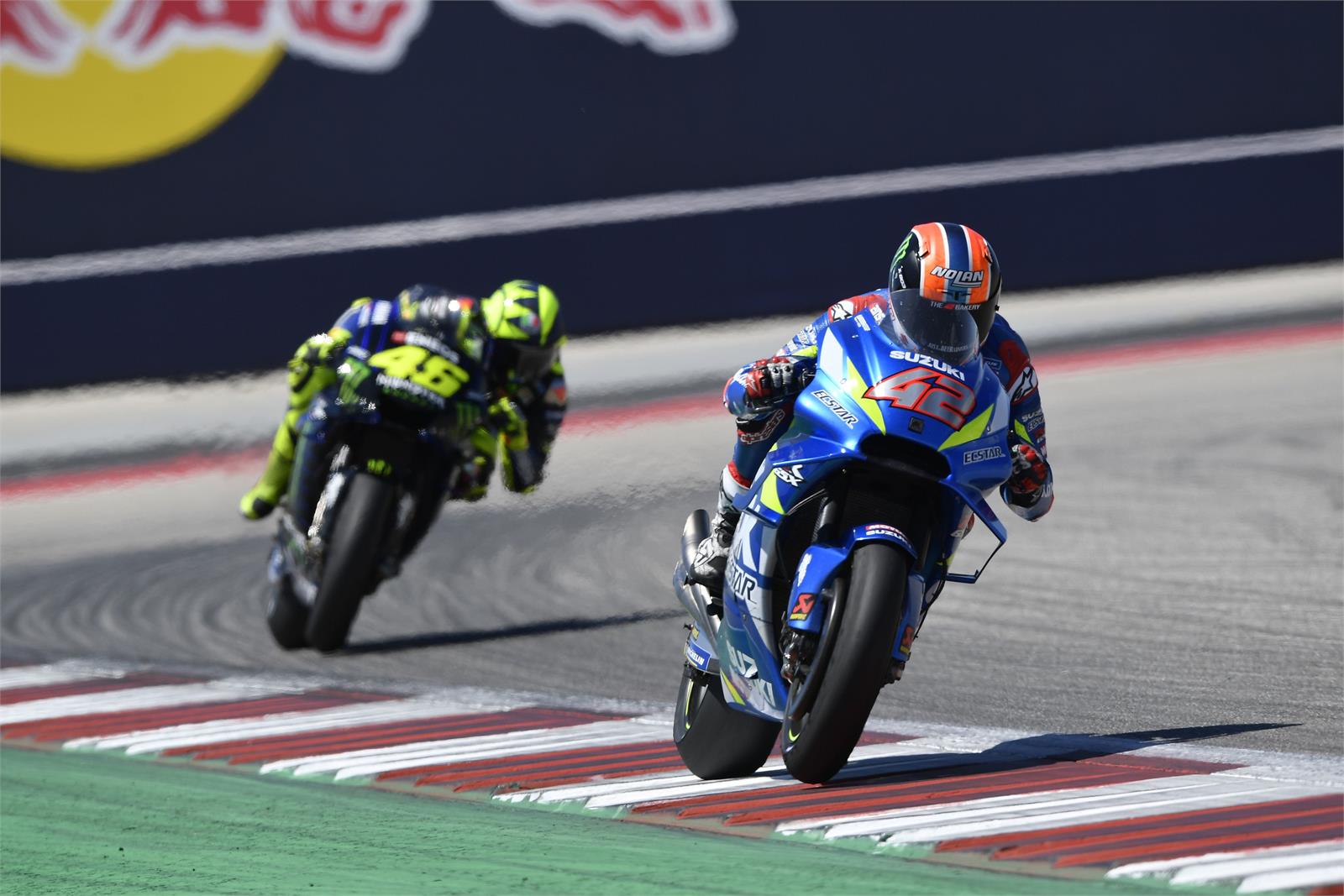 After the victory Alex Rins stated the following:

"It’s incredible, I’m very happy to win the race here. In warm-up in the morning we tried a different setup and it didn’t work in the way we expected, so we reverted to the usual settings for the race and we won. It’s super! I’m lost for words! I managed the pressure well, even though I suffered a bit in the last laps. When I crossed the line all the feelings hit me at once. I just want to say a big thank you to all my team, everyone in Japan, and all the people around me." 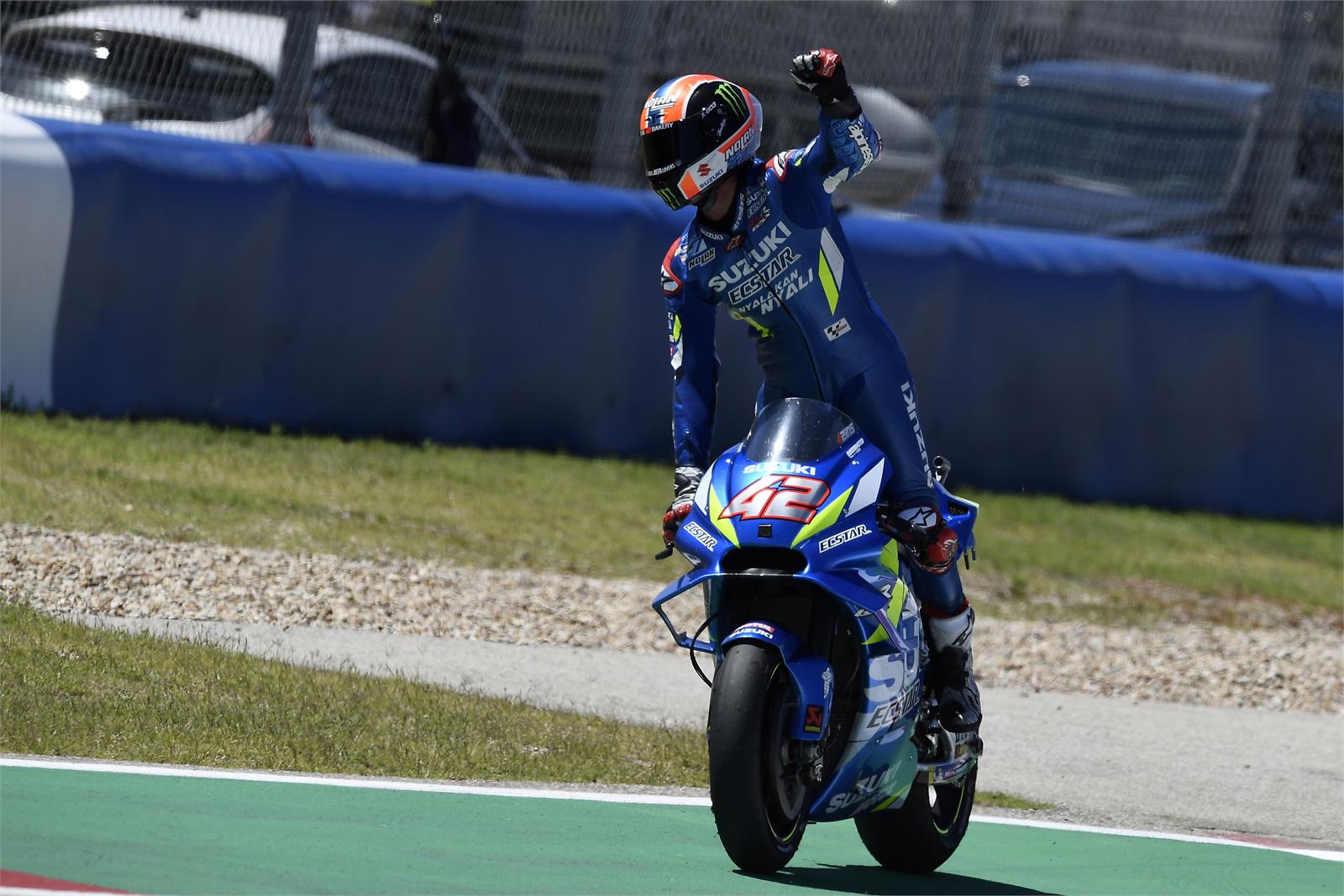 Thanks to the victory, Alex Rins, after the 3rd race, is now in the third place in the World Championship! 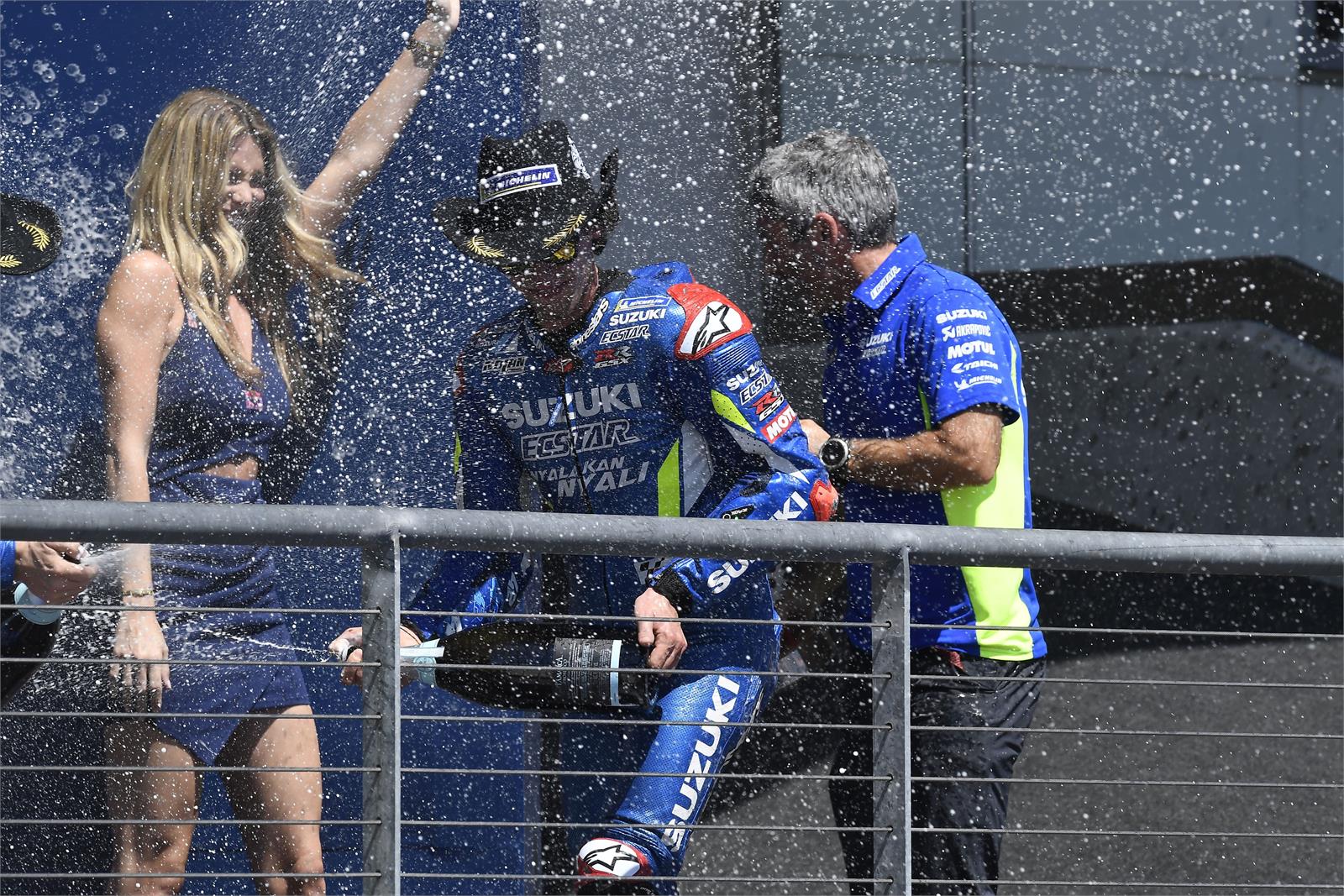 At the second stage of the MotoAmerica SBK series, Toni Elias and Josh Herrin stood in a starting grid in Yoshimura Suzuki Factory Racing colours in Texas. Toni Elias finished the first race weekend with a first and a second place, so he came to Austin as the leader of the point race.

On Friday, Toni Elias won the Superpole before his teammate Josh Herrin in the saddle of the Yoshimura Suzuki GSX-R1000. After the Superpole, on Saturday he finished first in an amazingly exciting race where he left his rival Cameron Beaubier behind, in a last-turn take over. 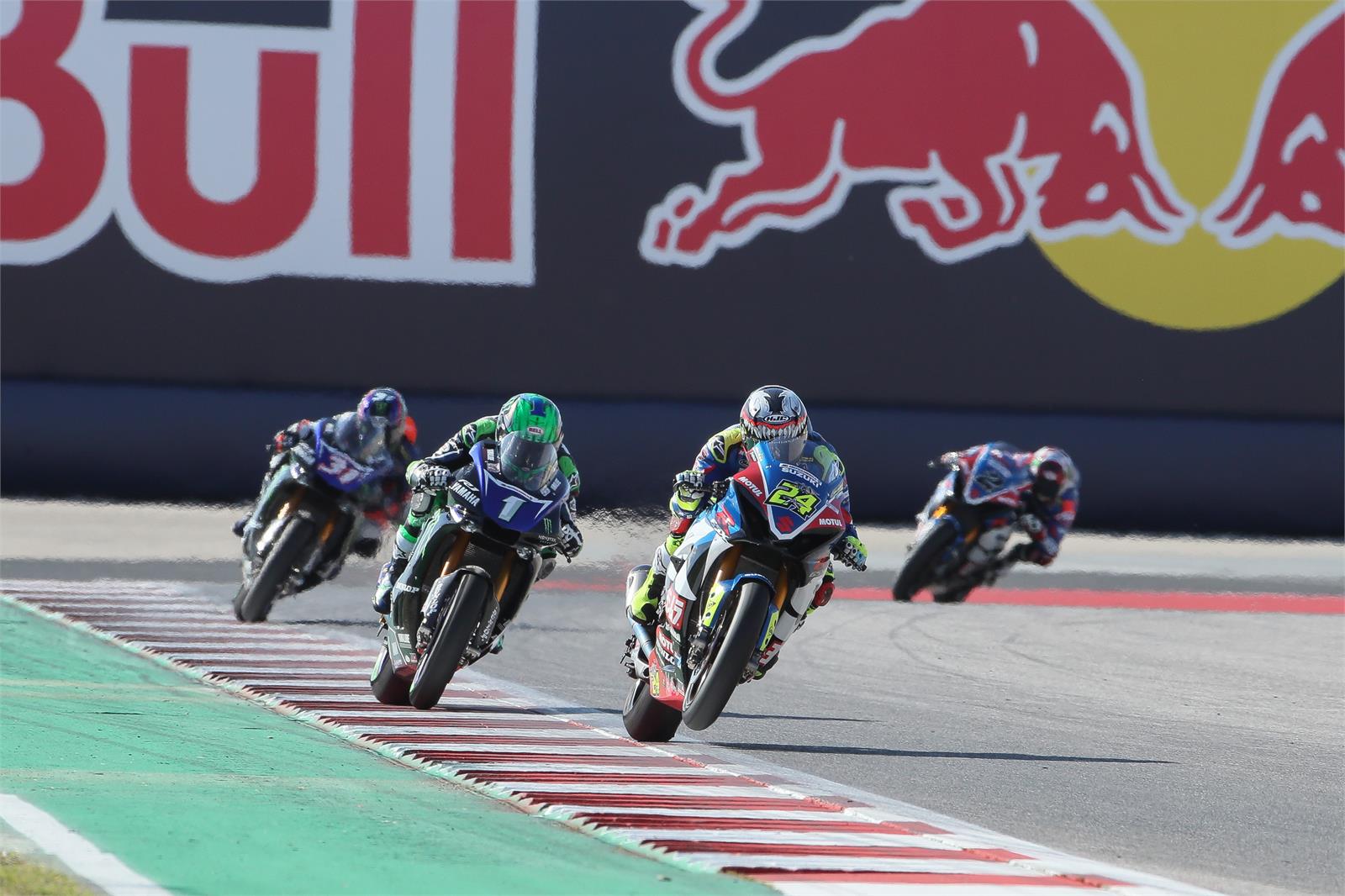 The second Superbike race was held on Sunday, where the riders of the Yoshimura Suzuki Factory Racing team won first and second place. Josh Herrin, the team’s new rider, got his first victory in the season and Toni Elias followed him in the finish line. 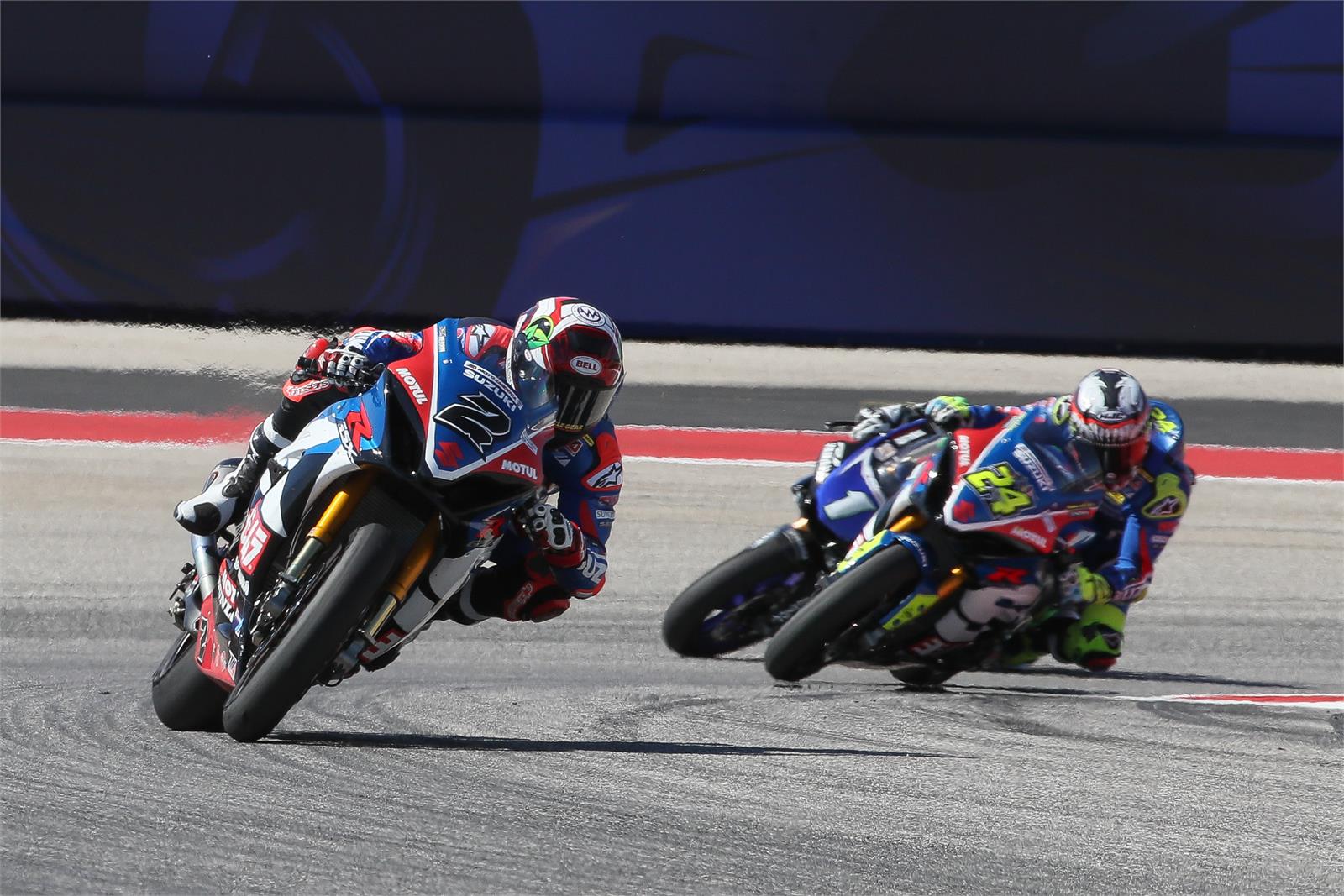 With Toni Elias’ podium finish, he strengthened his leading position on the table and his advantage grew to 13 points. Josh Herrin with his second race victory jumped from the ninth to the third podium spot.

The Spaniard stated the following after the race:

“Amazing! Two victories and two second places! The Saturday race was very fun for the fans aswell. Cameron Beaubier was very strong, but in the last turn I was able to overtake him and finish first. Today I had lesser problems, so I am happy for the result. All in all, we finished a very good weekend.” 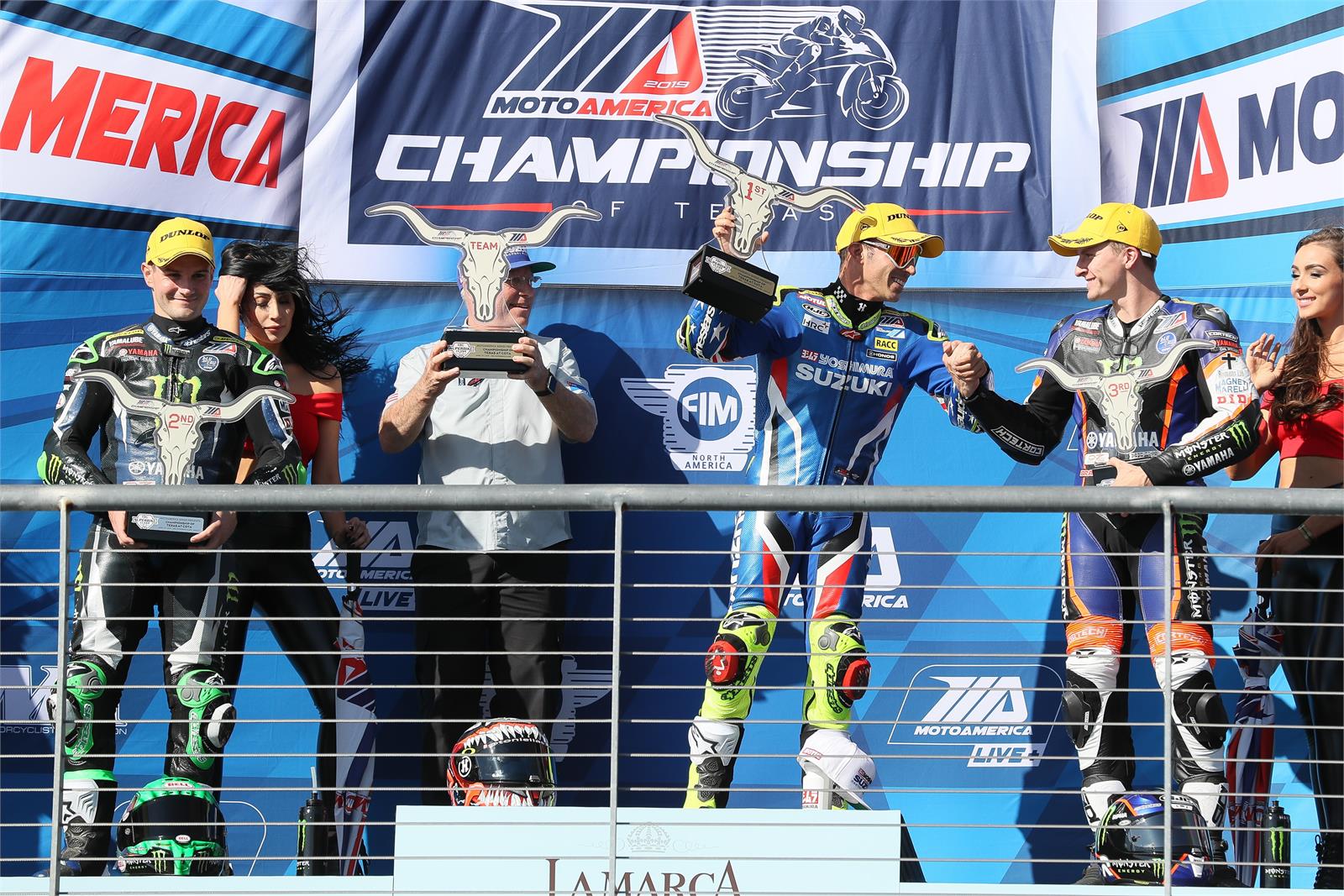 Josh Herrin was incredibly happy after his first 2019 victory. It was a huge return after the Atlanta race.

After the race he said the following:

“I did not think that it would be such a huge success. I have seven victories in the Superbike, but now, this is a very different feeling. I am happy to win it with Suzuki. We have won two races in the MotoAmerica series and we also won in MotoGP. This is something very special.” 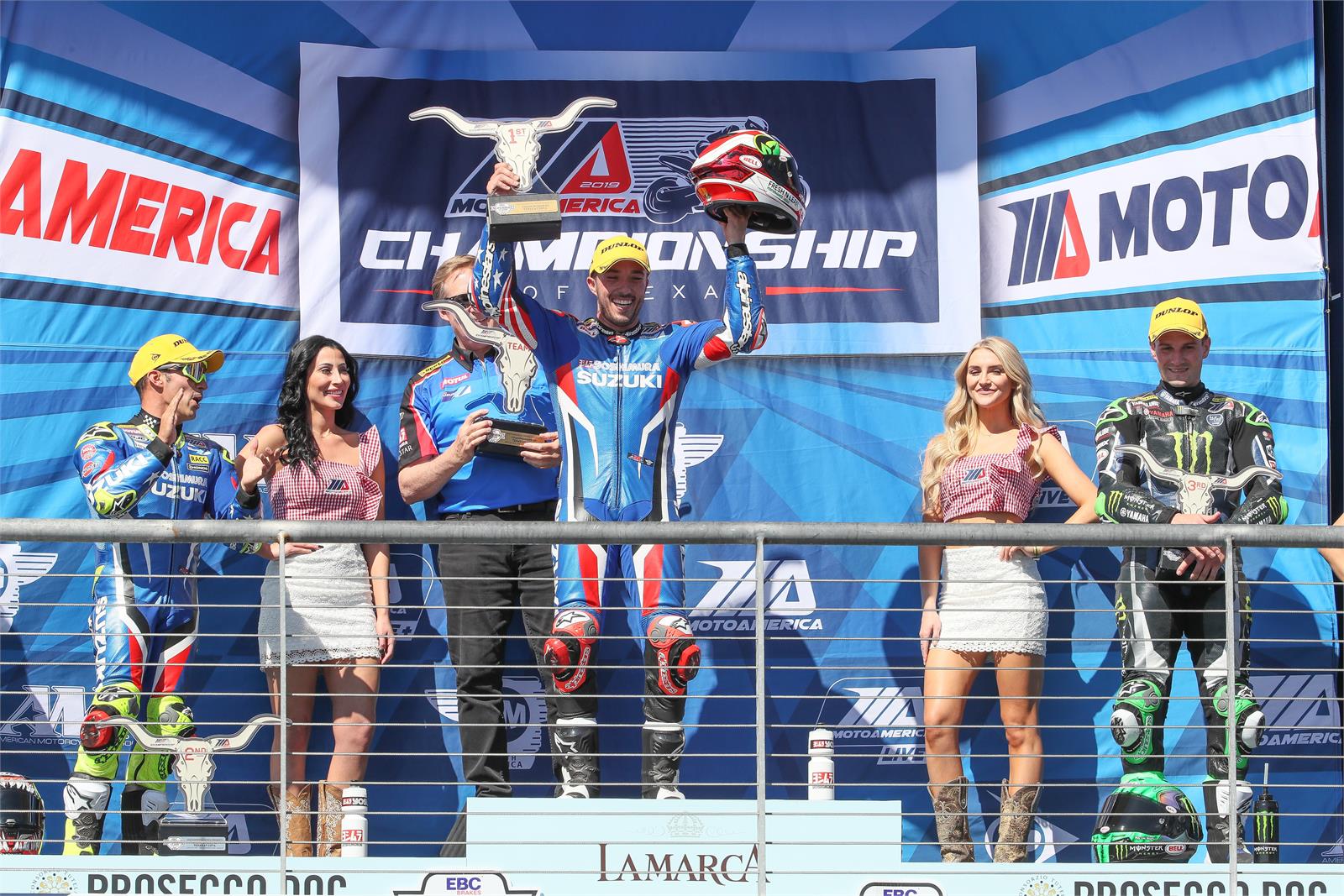 Last weekend, the Dragbike Ob-motor acceleration race was held in Kunmadaras. The speciality of this is that the competitors of the King Categories do not stand in the start anywhere else in the country, only on the asphalt of Kunmadaras. The best time was set by Lencsés Donát Dániel in the saddle of a turbo Hayabusa. 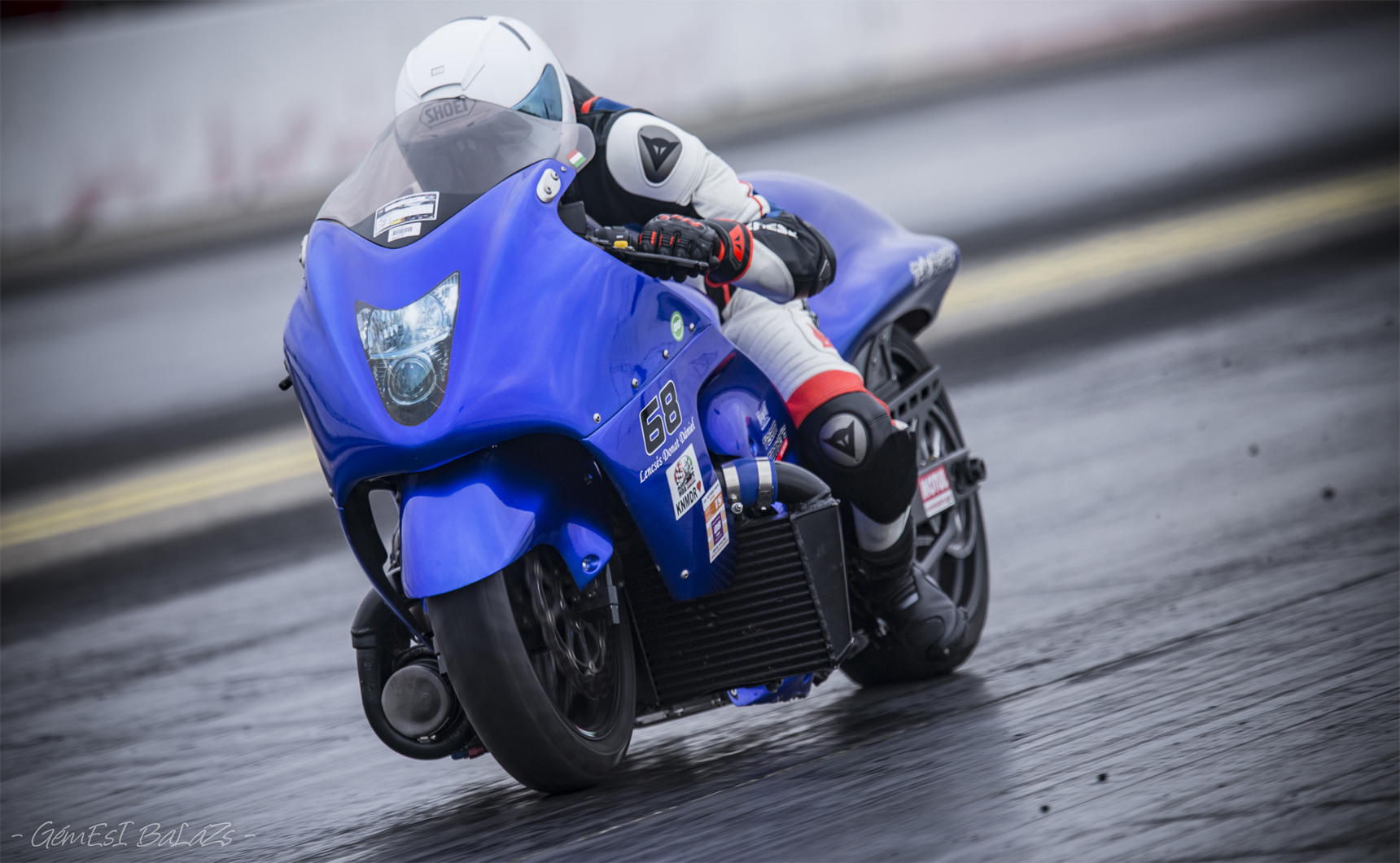 Congratulations to the athletes collecting victories and achievements, it was a really successful weekend for Suzuki.