CRAFT BOATS, RECOGNIZED AT THE HUNGARIAN DESIGN AWARD CAN BE PURCHASED WITH SUZUKI OUTBOARD ENGINES

Győr, 3 June 2022. – The Marine business unit of the Magyar Suzuki has entered into a partnership with the Duna Hajók of Győr. As a result of the cooperation, the self-developed Duna 6.1 Cabin compact ship model, which was also recognized at the Hungarian Design Award, will be available in the future not only in an electric version, but also in a petrol version equipped with a Suzuki outboard engine. The joint showroom of the two companies opened on Ikrényi út in Győr. The new dealership and service will fill the gaps in the county seat.

Magyar Suzuki has been selling marine engines, spare parts, and marine accessories in Hungary since 1999. As a distributor in Central and Eastern Europe, Suzuki Motor
Corporation serves 22 partners in 12 countries. In 1998, Duna Hajók started to engage in the production of recreational and sports boats in addition to high-quality carpentry work.

Interest in shipping has increased significantly

It is clear from the sales data of the Marine business of Magyar Suzuki that the demand for marine engines, parts and accessories has increased significantly in the Hungarian and European markets as well. Today, the domestic business sells not only marine engines, but also steering wheels, various instruments, and navigation. 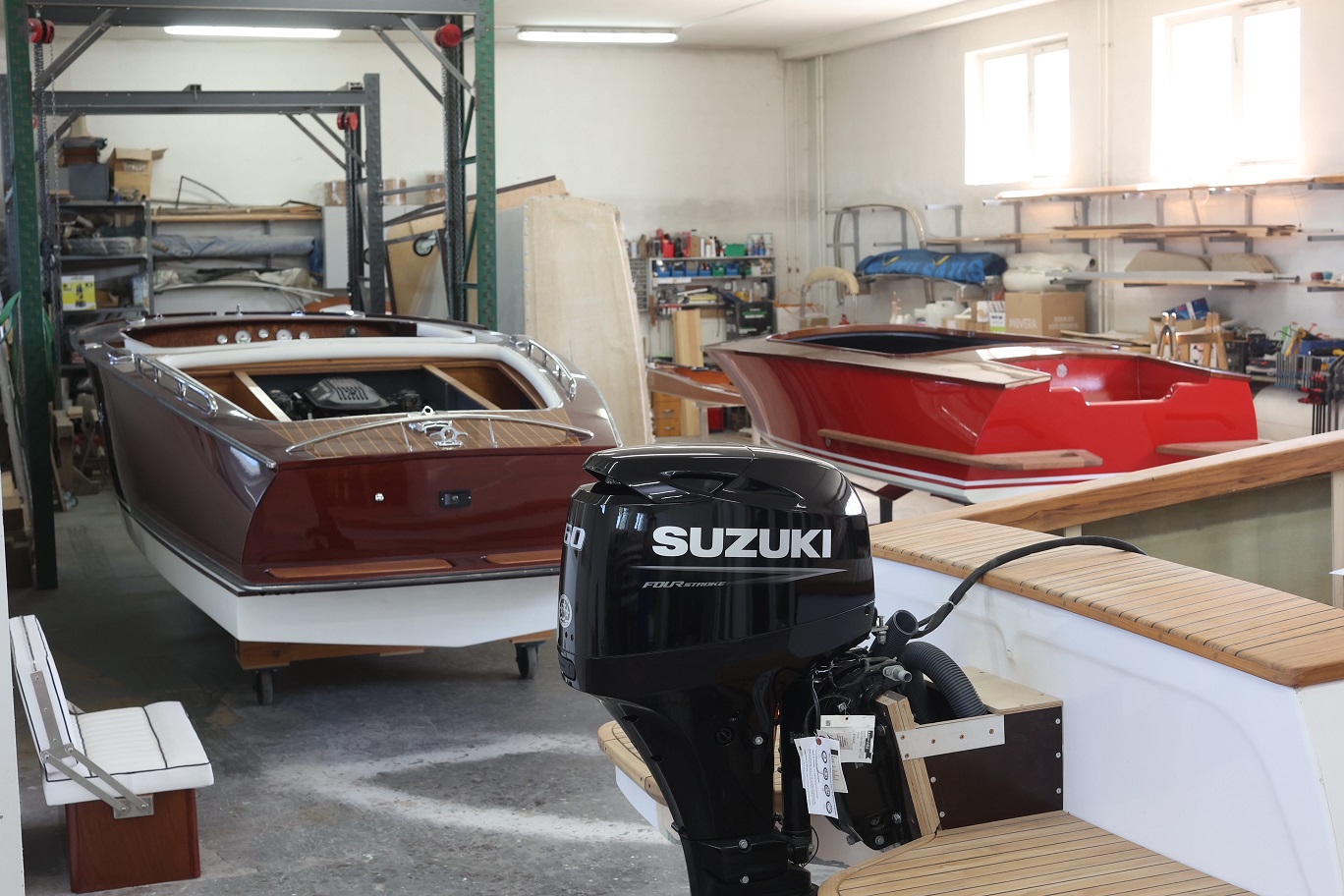 Duna Hajók - which is a 100 percent Hungarian-owned company - also feels that its customers are approaching them with more and more definite ideas. In addition to the renovation of the extra-design, TOP high-class, handcrafted ships, they are also open to the construction of a self-developed Hungarian ship, which will stand its ground in both river and stagnant waters, as well as in domestic and international markets. In 2020, the Danube 6.1 Cabin ship model with electric propulsion was introduced. With its handmade teak deck and interior furniture, the ship also aroused the interest of the design profession. In 2020, it was included in the most prestigious Hungarian Design Award, in the product category. However, taking into account the needs of customers, in the future it will be available not only in electric but also in petrol outboard engines, thanks to Suzuki Marine's business. 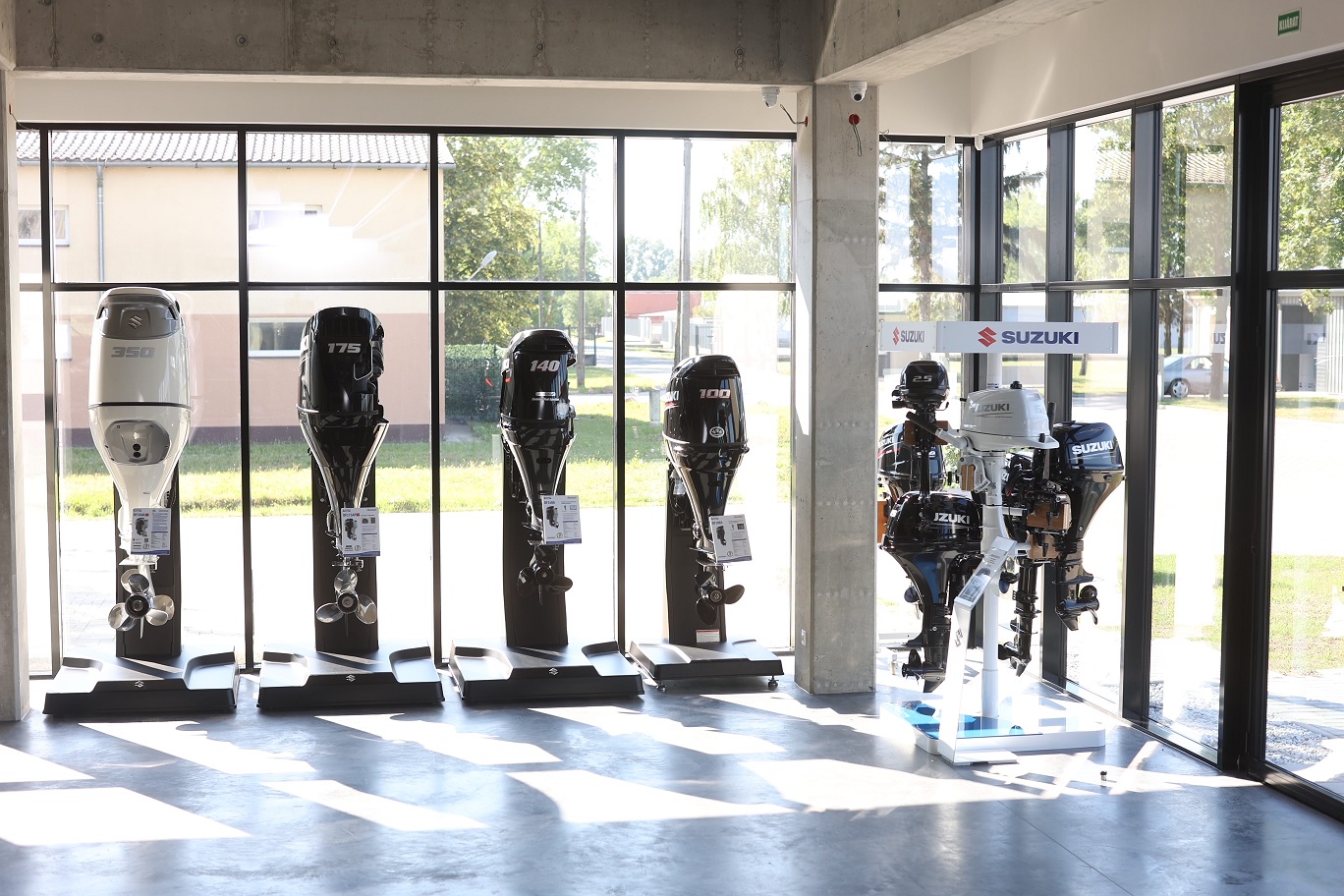 Larger interiors remain with the use of an outboard engine

“In the case of Danube 6.1, the outboard version has been proven to be a good choice due to the ship’s design and the large interior open space. We sought out Suzuki with the opportunity for cooperation because the two companies have the same creed: in addition to respecting traditions, aesthetic demand and innovative thinking appear in our products to achieve the highest quality” said Péter Győrffy, Managing Director of Duna Hajók.

Recognizing the growing demands and the shortage in the area, they jointly opened a showroom, a dealership, and a service station on Ikrényi út.

“The buyer can arrange every step from the design to the finished boat model in one place, at the end of which he gets a unique, hand-crafted boat equipped with the region’s market-leading marine engine and other accessories. We believe that the cooperation is not only a significant milestone for the two companies. With the representation, we can achieve a wide range of services in Győr-Moson-Sopron County and the region” added Róbert Krisztián, Executive General Manager of Magyar Suzuki Corporation.

Company information
Magyar Suzuki Corporation was established in 1991 and is currently still the only European manufacturing unit of the company. The company contributes to the livelihood of approximately 10,000 people through its partners, suppliers, and a nationwide network of 78 dealerships.

The Esztergom plant started production in October 1992. Currently Vitara and the new S-CROSS models are manufactured here in hybrid versions as well. The corporation also exports to countries as far away as Mexico, New Zealand, and Japan. In addition to manufacturing vehicles for the domestic and international markets, the company also sells imported cars, motorcycles, and outboard engines. The company is the 12th largest one in terms of revenue in the country according to 2020 data.

In 2021, Magyar Suzuki Corporation celebrated the 30th anniversary of its establishment. The company has been engaged in full-scale manufacturing activities in Hungary from the very beginning. About 3,7 million Suzuki cars were made in Esztergom since the company’s foundation.  The outboard motor business of Magyar Suzuki is a constant presence on the market, with an increasingly outstanding performance every year, and plays a leading role in the motorization of boating in Hungary. From the autumn of 2017 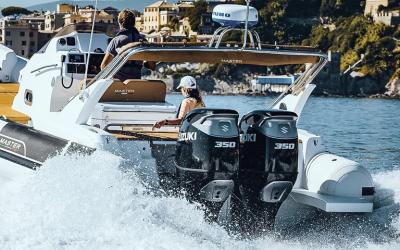